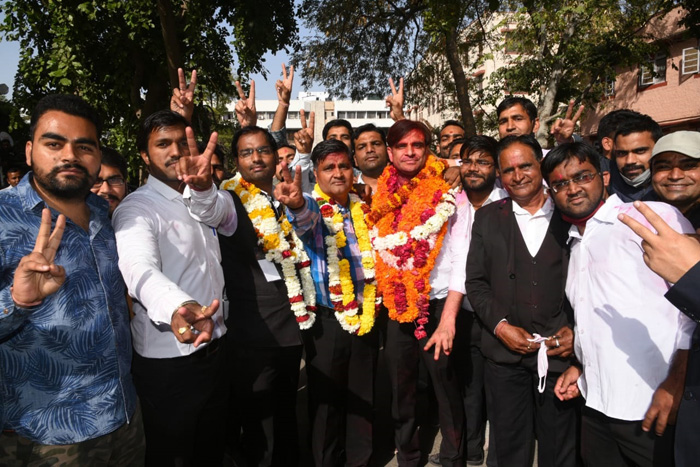 Nidhi Khandelwal and Bharat Yadav were elected for the two posts of vice president, Vivek Sharma for the post of joint secretary, and Vivek Joshi treasurer.

As soon as the results came out, the supporters of the elected lawyers started celebrating in high court premises. They offered garlands to the newly elected office bearers of the bar association. Some layer played drums. Police security was stepped up on the premises.

The voting was held on Friday. In Jaipur, the voting percentage was 78.01%. The total number of votes was 5222. Of them, 4017 voters exercised their franchise. There were 56 candidates in the fray for various posts including President, General Secretary, and eight executive committee members. Prahlad Sharma, Mahendra Shandilya, Bhuvnesh Sharma, Sanjay Varma, and Babulal Saini are fighting for the post of president.