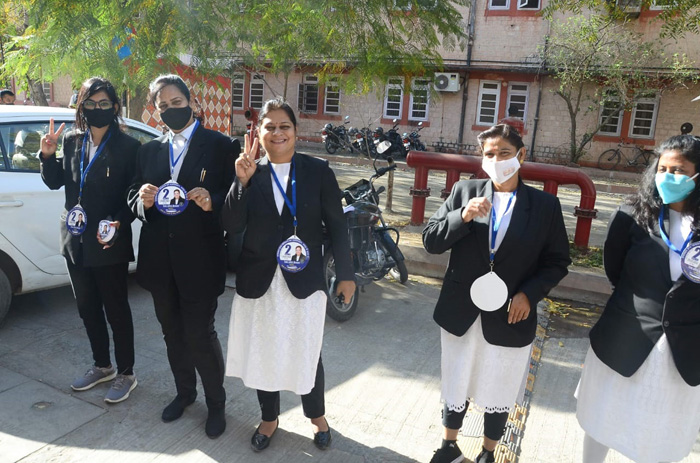 The voting for Rajasthan high court bar association election was held on Friday.

Jaipur: The voting for the Rajasthan High Court Bar Association election 2021 was held on Friday. In Jaipur, the voting percentage was 78.01%. The total number of votes was 5222. Of them, 4017 voters exercised their franchise.

The counting of votes will start at 10 am on Saturday. There were 56 candidates in the fray for various posts including President, General Secretary, and eight executive committee members.

The lawyers in Jaipur took part in the voting enthusiastically. Many elected members of the bar association have held important positions in the judiciary as well as politics. Many of them are posted as Supreme Court Judges, chief justices, and Governor. Former Rajasthan High Court Bar Association President Jagdeep Dhankad is currently the governor of West Bengal. Justice Ajay Rastogi is a Supreme Court Judge. Justice MN Bhandari is a judge in Allahabad High Court.