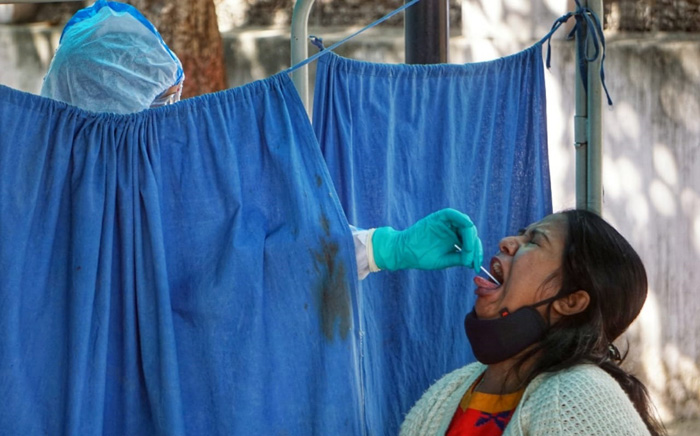 Jaipur: Rajasthan chief minister Ashok Gehlot held a video conferencing with social activists, political leaders, and religious heads to discuss the restrictions that should be imposed in the wake of the sudden surge in Covid-19 cases in the state.

The experts and representatives called for strict measures and told the chief minister that they were ready to cooperate in the best interest of the public. Gehlot is likely to announce an increase in the curfew timing in some cities including Jaipur and impose more restrictions on public gatherings.

“The government sought recommendations from the leaders of opposition parties, social activists, experts, and religious leaders. They called for strict measures to contain the spread of the virus,” said a senior official.

The government is planning to reduce the number of people allowed to attend weddings and other public gatherings. The night curfew timing in Covid-19 hotspots is likely to be extended (6 pm to 6 am). A complete ban on religious and social gatherings is also on the cards.

The state had reported 5528 positive cases on Wednesday. Of them, 989 were reported in Jaipur alone. Nearly 15 districts reported over 100 cases in 24 hours for the first time. The virus claimed the lives of as many as 28 people.

The government has also cancelled exams for the CBSE 10th standard students in Rajasthan.