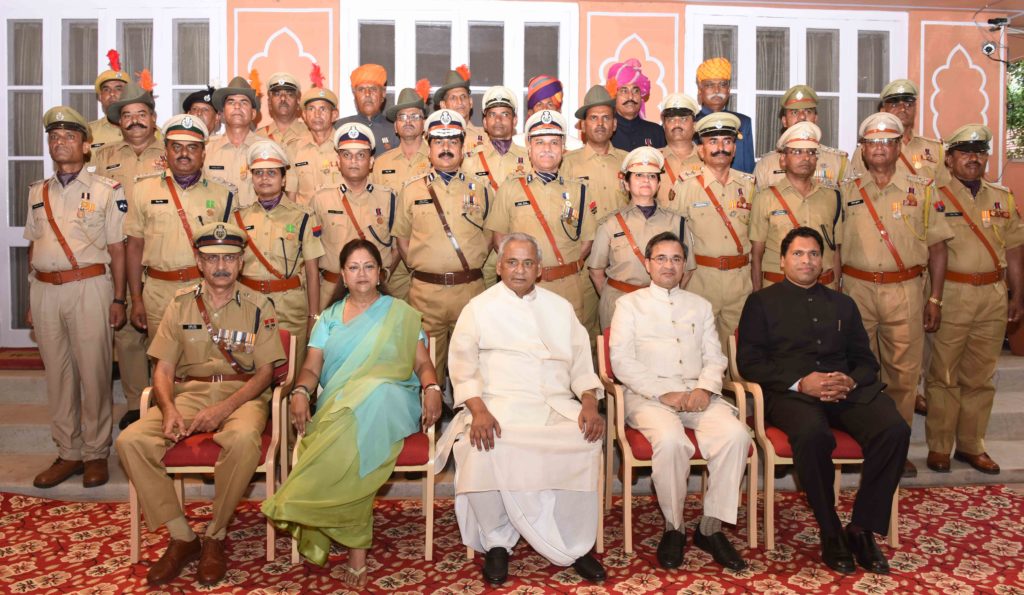 About 3.5 lakh women would be benefitted by this.

Raje made the announcement while addressing a gathering of people at SMS Stadium on the occasion of Independence Day.

She made several announcements. Special bonus was announced for women milk-producer cooperatives. To promote farmers for storage of their crop produces in cooperative godowns, she announced for a loan scheme with 2 percent interest rate.

She dedicated a new telephone helpline for registration of public grievances and problems with sensitivity and ensure time bound redressal. This innovative Rajasthan Sampark Helpline would be made available by dialing ‘181’ and it would take on complaints regarding road, power, water issuance of documents or certificates etc, she added.

Raje said that the farmers having long overdue loans to the land development banks would be given one-time 50% relaxation on interest amount. Also, the time limit for applying for an agricultural electricity connection on the land owned by a martyer’s family was annulled. She also declared to construct 96 warehouses having a storage capacity of 100 metric tonnes for village cooperatives under the Rashtriya Krishi Vikas Yojana.

The CM also scaled up the implementation of Annapurna Rasoi Yojana, a scheme for supply of cooked food at minimum rates, to all urban localities in the state. She further said that in the third phase of Gramim Gaurav Path Scheme, construction of about 2,000 cement concrete roads or missing links would be started from November 2017 onwards spending Rs 1200 crores. During next financial year another Rs. 1500 crore would be spent under this scheme, she added.