Main canal and feeder network that sustained damages due to continuous flow of water to be repaired. 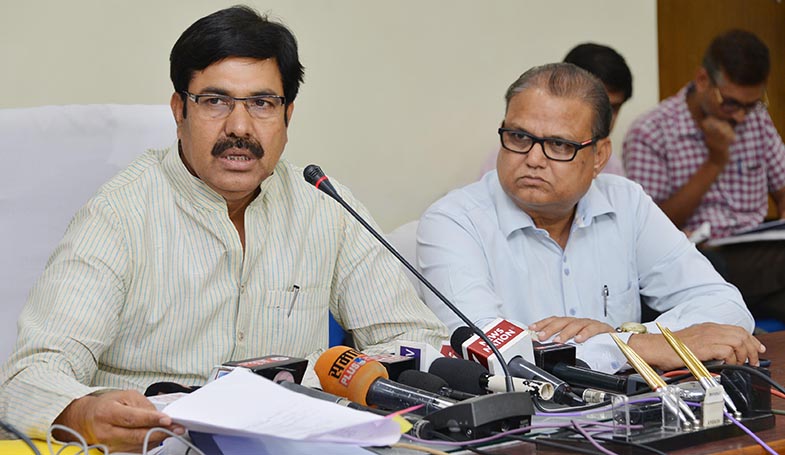 Jaipur: In a meeting chaired by chief minister Vasundhara Raje, the state cabinet on Thursday gave approval to take a loan worth Rs. 3,291 crore for repairing and restructuring Indira Gandhi Canal Project (IGNP).

While briefing the media persons on the decisions approved by the state cabinet, the Public Works Department and Transport Minister Younus Khan said that the main canal and feeder network of IGNP sustained damages due to continuous flow of water for past 55 years.

This resulted in the water carrying capacity of these canals declining from 18,500 cusec to 11,500 cusec. Also, big land tracks in the canal-irrigated districts got inflicted with water-logging problem. Thus, a major project for repair and relining of the canals and reclamation of 7,000 hectares of water-logged land was due in this region since long.

For this, the state government decided to take loan of Rs. 3,291 crore from the New Development Bank under Rajasthan Water Sector Restructuring Project in Desert Area (RWSRPD). The detailed project report and tender process of this would be completed by October this year, he said.

Khan said that the Cabinet gave its nod to change name of the Government Arts College at Chimanpura in Jaipur to Baba Narayandas Government College of Arts, Chimanpura.

The minister said that the progress of Phase II of Mukhyamantri Jal Swavalamban Abhiyan (MJSA) was also reviewed during the cabinet meeting. In this phase, by June 30, watershed structures are to be constructed in 4,200 villages. On this, chief minister Raje directed all ministers and secretaries in-charge of different districts to visit their respective regions and ensure strict monitoring of the MJSA. Raje further suggested the members of the council of ministers to compulsorily attend their offices on the first three days of the week and also resume public hearings according to the previously fixed schedule, he said.