Rajasthan government to fill vacancies of over 600 lecturers in colleges 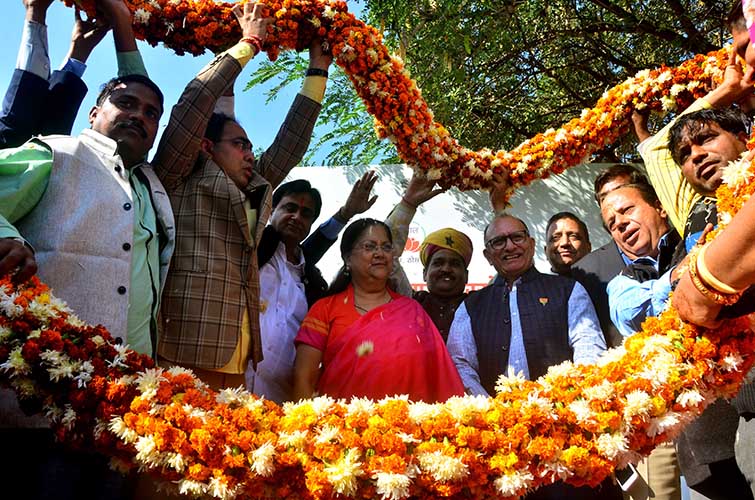 Jaipur: Chief minister Vasundhara Raje has announced recruitment of lecturers in government colleges. The government plans to fill more than 600 vacancies, currently lying vacant. Raje also promised to fill vacancies of nearly 129 librarians and 148 vacancies of physical trainers. The Rajasthan Public Service Commission will soon issue a notification in this regard.

Raje made these announcements while speaking at the 55th state-level conference of the Rajasthan University and College Teachers Association (RUCTA). She said that the government has constituted an employment cell to explore possibilities for increasing employments for youths, apart from encouraging educational opportunities.

Filling vacancies of lecturers was a long standing demand of RUCTA. The government has also amended some college education service rules to change the titles of lectures to assistant professor, associate professor and professor.

The government had recently cleared the way for direct recruitment of 11,485 lower divisional clerks (LDC). The government had made the announcement for recruitment four years ago but it was stalled due to litigation. The Panchayati Raj department has sent the proposal for recruitment to the finance department for approval. This has come as good news for thousands of youths who have been awaiting posting for the past four years. The Panchayati Raj department has sought permission for creating posts so that the process of direct recruitment can begin.