Flying officer Priya Sharma is a resident Pilani in Jhunjhunu district of Rajasthan. She was among the 139 cadets who underwent training at the IAF Academy located at Dundigal in Hyderabad. 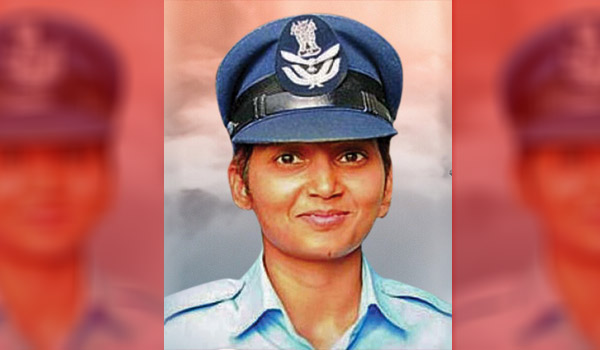 Jaipur:  Flying officer Priya Sharma from Pilani of Jhunjhunu district has become the seventh woman from the country and third from Rajasthan to be commissioned into Indian Air Force (IAF) as a fighter pilot on Saturday.

Priya completed her second stage training at the Hakimpet Air Force Station in Hyderabad and will soon fly the MiG-21 fighter aircraft of IAF.

Flying officer Priya Sharma is a resident Pilani in Jhunjhunu district of Rajasthan. She was among the 139 cadets who underwent training at the IAF Academy located at Dundigal in Hyderabad.

Priya Sharma said that getting into IAS as a fighter pilot was a moment of pride for her and her entire family. She was inspired by two-woman fighters who were commissioned from Rajasthan earlier. The hard work she put into the training has yielded results, she said.

Priya’s father Manoj Sharma and two of her relatives are already the members of Indian Air Force.

According to Priya’s relatives and family members, her initial education happened in Kendriya Vidyalaya of Pilani. After that, Priya pursued B.Tech in computer science from MNIT in Jaipur. Priya was selected for the post of Flying Officer after her training at Air Force Academy.

“She heard a lot from her father about the Air Force and the stories of the air fights. She decided that one day she would definitely fly the fighter planes. And she worked hard. She was selected as a fighter pilot in IAF during her training period at Hyderabad on December 15’, said Priya’s relative with pride.

Jhunjhunu district and her hometown Pilani are celebrating the achievement of Priya. The family is also proud of her achievements.