In a tweet, Rajasthan police said that the French national was safe and secure. Alwar police station house officer (SHO) traced her in a farmhouse in Chaupanki police station area. 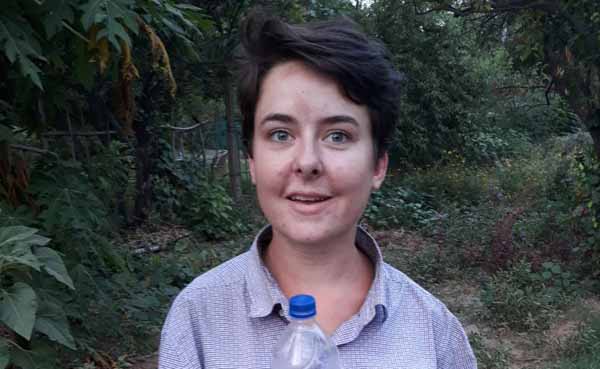 Jaipur: Fourteen days after a 21-year-old French tourist, Gaëlle Chouteau, went missing from Pushkar, Rajasthan police traced her to a farm house in Alwar district. The police had intensified their search for the woman after the French embassy responded to a viral social media message that claimed that she had mysteriously disappeared after checking out of a hotel in Pushkar on June 1.

In a tweet, Rajasthan police said that the French national was safe and secure. Alwar police station house officer (SHO) traced her in a farmhouse in Chaupanki police station area.

“The search for her had been intensified when we received a confirmation from the French embassy in India that she was in fact missing and it wasn’t a case of a fake social media message going viral,” said a senior Rajasthan police officer.

He added that the woman had been apprised of the situation and asked to contact her friends and family members who were worried since she disappeared.

After she went missing, union external affairs minister Sushma Swaraj had tweeted that the ministry had contacted French embassy. A man whose Twitter handle identified him as Sanjay Kamath had tweeted to Sushma Swaraj, bringing to her notice the disappearance of French woman – Gaëlle Chouteau.

As per the Tweet, the woman is 21-year-old, has short hair.

The woman was allegedly on her way to Jaipur from Pushkar on May 31 when she disappeared.

The Tweet from Sanjay says that there was ‘no news or activity on her phone or social media’ since then.
After the messages about the alleged disappearance of the woman went viral, the local police have also launched an investigation.

According to reports, the woman had reached Pushkar from Jodhpur on May 20. She stayed in a hotel situated at Holi Ka Chowk in Pushkar and then checked out around noon on June 1. She was supposed to leave for Jaipur, but her friends and relatives haven’t heard from her since. They couldn’t contact her on her cellphone.