Attending these festivals is the best possible way to interact with people of different communities and to experience varsities of traditions and heritage values of the state. 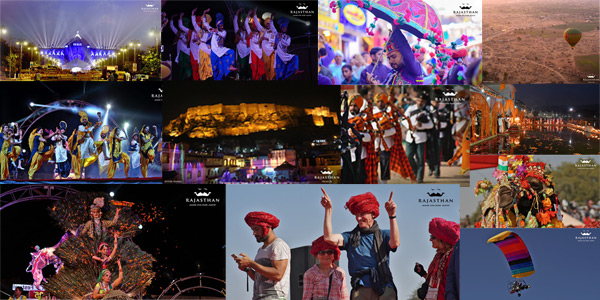 Jaipur: Rajasthan boasts of centuries-old culture and traditions. In order to keep that cultural heritage alive and vibrant, the state plays host to several popular festivals and fairs every year.

Attending these festivals is the best possible way to experience the cultural richness and interact with the people from different communities.

Rajasthan is all geared up to host some of the major festivals from October to December including Pushkar fair, Marwar Festival, Abhaneri Festival and Kumbhalgarh festival.

Let’s take a look at some of the major upcoming festivals and fairs of Rajasthan with the inputs of Rajasthan Tourism, which you can’t afford to miss. 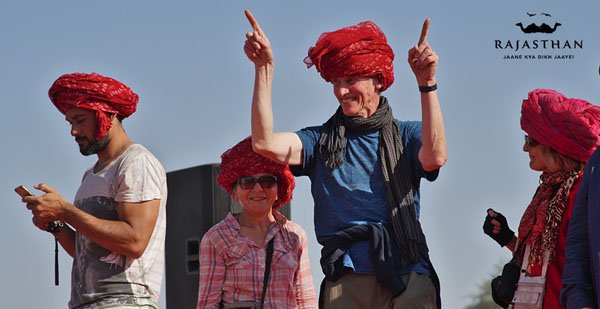 The two-day Abhaneri festival has gained immense popularity among domestic as well as international tourists over the past few years. The festival includes various Rajasthani and local folk performances like Kachhi Ghori, Kalbeliya, Ghoomar, and Bhawai. ‘Abhaneri festival’ is named after the village Abhaneri in Dausa district – around 90 km from Jaipur on Agra Road.

The village Abhaneri is popular for the Chand Baori-step well, one of the largest step wells built over a thousand years ago.

The Kota Adventure Festival is held every year during Dussehra. This festival is a paradise for adventure sports lovers. Tourists from across the world can participate in various events such as parasailing, rafting, windsurfing, water skiing and kayaking. Apart from these activities, visitors can also indulge in rock climbing, gliding, trekking, angling and rural excursions. The panoramic and stunning view of the Chambal River adds to the beauty and excitement of the Adventure Festival. 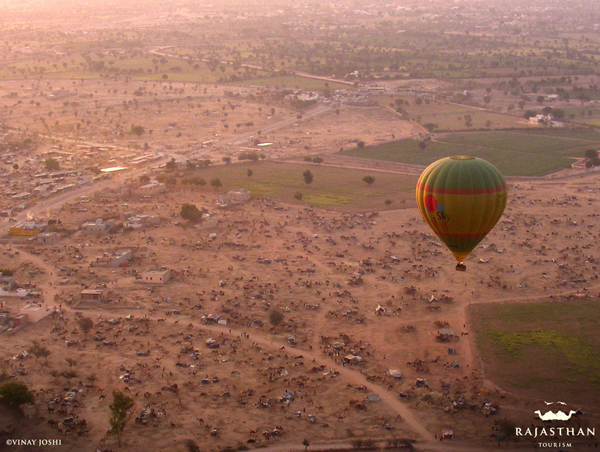 The Marwar festival aka Maand festival is held every year in Jodhpur in memory of the heroes of Rajasthan. The main attraction of this festival is the folk music and dance centering around the lifestyle of Rajasthan’s rulers of Marwan region. The folk dancers and singers assemble at the festival and provide live entertainment. These folk artists give you a peek into the days of yore, of battles and of heroes who live on through their songs.

Camel tattoo show, competitions like longest Moustache, Turban tying, Tug of War, Matka Race, traditional dress competition and much more are popular among tourists. It is usually held at the famous Clock Tower and Osian’s sand dunes in Jodhpur. 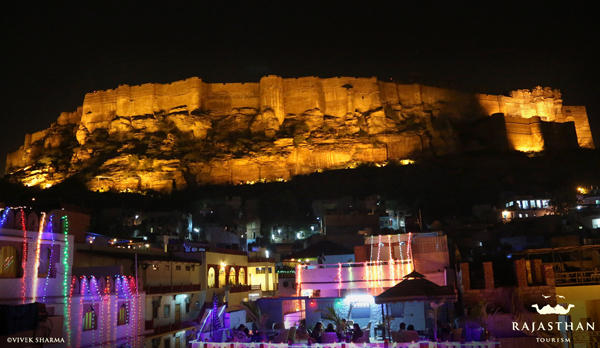 Pushkar Fair (Pushkar Camel Fair) aka Pushkar Mela is an annual weeklong camel and livestock fair held in the holy town of Pushkar between the months of October and November. It is one of the world’s largest camel fairs. Apart from buying and selling of livestock, it has become an important tourist attraction. Competitions such as the ‘Matkaphod’, ‘longest mustache’ and ‘bridal competition’ are the main elements of this fair which attracts thousands of tourists. In recent years, the fair has also included an exhibition cricket match between the local Pushkar Club and a team of foreign tourists. 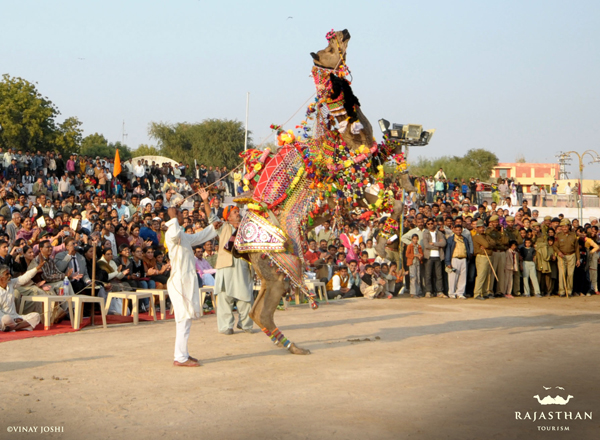 The Matsya festival is the foremost of all fairs and festivals of Rajasthan. It is held in Alwar in November for two days and celebrated to glorify the prosperity, traditional values and colorful customs of the region. This festival is renowned for its colorful processions, cultural performances, sporting events and impressive artistic exhibitions. The magnificence of Alwar’s numerous attractions including forts, lakes, hunting lodges, archaeological sites and thick forests, makes it a delightful setting for an extravagant celebration. 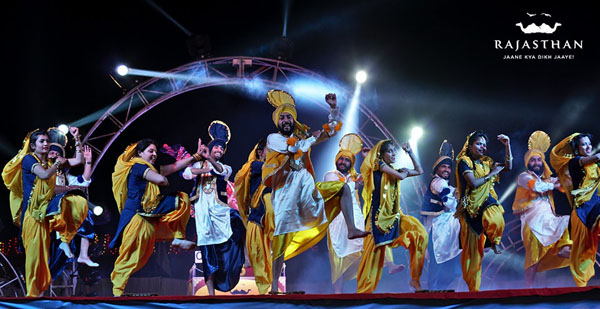 Chandrabhaga Fair in Rajasthan welcomes thousands of visitors and participants from all over the nation every year. It is held at Jhalrapatan, situated about 6 km from Jhalawar. This fair attracts travelers, pilgrims and explorers alike with rituals and traditions practiced in this region.
A lot of pilgrims assemble on the banks of river Chandrabhaga during the fair and participate in this gala event. The festival, named after the river Chrandrabhaga, is considered very sacred by the people of Rajasthan. People travel from far just for a dip in the river as they believe this will purify their souls.

A huge cattle fair is also organized here, where livestock such as cows, horses, buffaloes, camels and bullocks are purchased from various parts for resale. The fair includes several spiritual and traditional activities. During the fair, the Department of Tourism organizes activities over a course of 3 days like traditional Deepdan, Shobha Yatra and various competitions as well as cultural evenings.

Bundi Festival is a remarkable cluster of traditional art, culture and craftsmanship. Visitors are left charmed by its magnificence. The program includes a colorful Shobha Yatra, arts and crafts fair, ethnic sports, cultural exhibition, classical music and dance program, turban competitions, bridal clothing, musical band competitions, and a sparkling fireworks display. Early in the morning, after the full moon night of Kartik Purnima, women and men clad in attractive colorful costumes and light diyas on the banks of River Chambal and seek blessings. 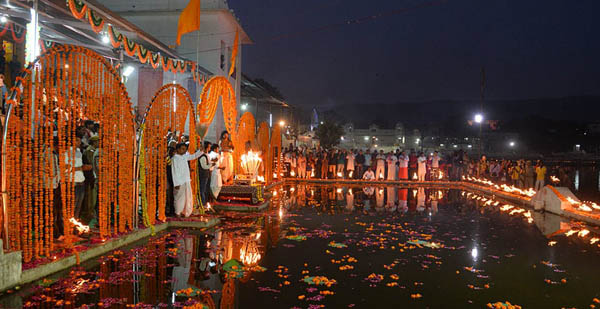 The Kolayat Fair aka Kapil Muni Fairheld Bikaner in the month of Novermber and holds a great spiritual importance for the locals.Tourists experience a great time in the fair as it is celebrated on an expansive scale. It is believed that Kapil Muni was in deep meditation here making it a sacred site.
A large number of devotees visit the fair to take a holy dip in the Kolayat Lake with the belief that a dip can absolve them of all their sins.

The annual Winter Festival held at Mount Abu in December pays homage to the rich culture and tradition of Rajasthan. The much-talked about event is a rare combination of cultural vibrancy, stunning handicrafts and delicious food, set against a scenic backdrop.
This three-day extravaganza brings together craftsmen and performers from every corner of the state. It is also known for its sporting and entertainment events, such as kite flying, rowing competitions and poetry reading sessions.

Also, it is the only festival in Rajasthan where cricket has been introduced as a part of the celebration. It culminates at the Nakki Lake with the ‘Deepdaan’ ceremony in the evening, where hundreds of diyas (earthen lamps) are set afloat in the water as a form of respect. A stunning display of fireworks ends the festival on a spectacular note. The Udaipur Airport is the closest and is located 175 km away. 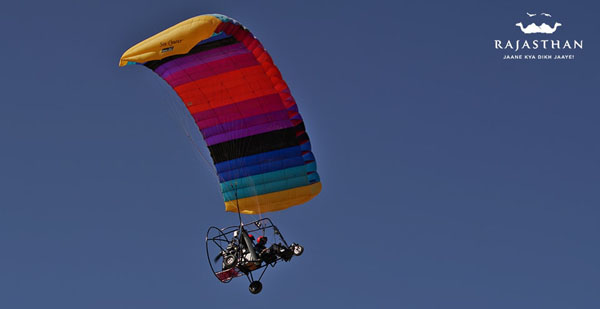 The Kumbhalgarh fort, cradled in the Aravali Ranges, north of Udaipur, hosts the vibrant and colorful Kumbhalgarh Festival. This three-day festival is an incredible effort by the Department of Tourism of the state to promote the culture and heritage of Rajasthan.

The event is divided into two parts of day and night. In the daytime, there are the folk performances by traditional artists and competitions like turban tying and henna applying. On the other hand, the night is filled with impressive explosions of lights, sound, colors and dance. The Kumbhalgarh Festival is a must visit for ardent patrons of art, music, and dance. The Udaipur Airport is the closest and is located 98 km away.

This festival offers a unique insight into the local culture and heritage. Fun activities like yoga, nature walks at the foothills in forests of Aravalli, visits to the Ranakpur Jain temple, hot air ballooning, interesting activities including tug of war, beautiful decorations, cultural programs, the open-air amphitheater at Sun Temple showcases attractive folk and classical performances every evening and much more.

The Ranakpur Festival is something you simply cannot miss. This festival play host to tourists from all corners of the globe. Tourists immerse in a colorful affair of cultural festivity.

So, let’s know which of these fairs you are going to visit. 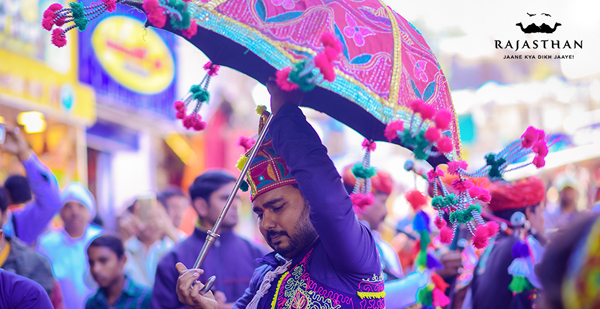