The second list is expected to comprise the rest of the 69 names of candidates. 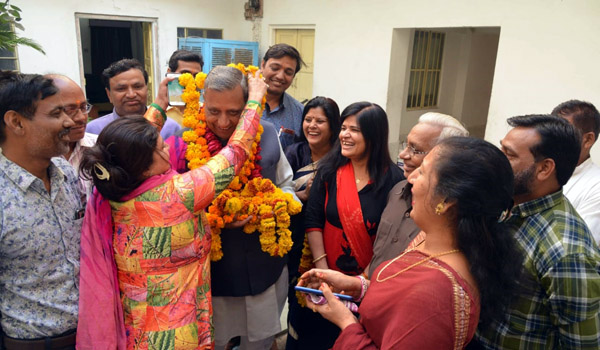 Jaipur: After announcing the names of 131 candidates on Sunday, the BJP will announce its second list of nominees for upcoming Rajasthan assembly polls on either November 15 or November 16. The senior BJP leaders of Rajasthan will leave for Delhi to decide the rest of the names in the coming days.

The second list is expected to have the names of the remaining 69 candidates. There are a total of 200 assembly seats in the state.

Sateesh Poonia from Amer, Surendra Pareek from Hawa Mahal, Narpat Singh Rajvi from Vidhyadhar Nagar, Arun Chaturvedi from Civil Lines, Mohanlal Gupta from Kishanpole and Ashok Parnami from Adarsh Nagar have been fielded again by the BJP in Jaipur.

The supporters of the candidates who got the tickets in these areas started celebrating once the first list was released.

The party had released its first list of 131 nominees on November 11. The party’s Central Election Committee (CEC) held a meeting and discussed the names of candidates with national president Amit Shah on Sunday following which the first list was released.

The Gazette notification for the elections will be issued on November 12 and the last date of nominations is November 19, as per the schedule released by the Election Commission.