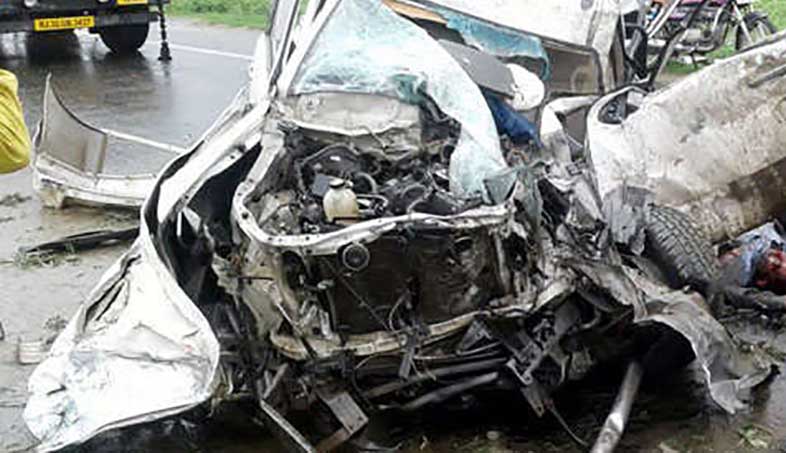 The car in Pali accident that claimed the life of college owner Jeetendra Godara and a police inspector Ram Singh Jat.

Jaipur: Four people including Jitendra Godara – the owner of SLBS Engineering College in Jodhpur – and a police inspector of Jodhpur commissionerate were killed when the SUV they were travelling in collided with a truck in Pali district’s Raipur area on Sunday. The police inspector Ram Singh Jat’s son Jaiprakash Poonia (28) was also killed. He was to appear in the Rajasthan Administrative Services (RAS) interview being held in Jaipur. He had cleared the written exam. 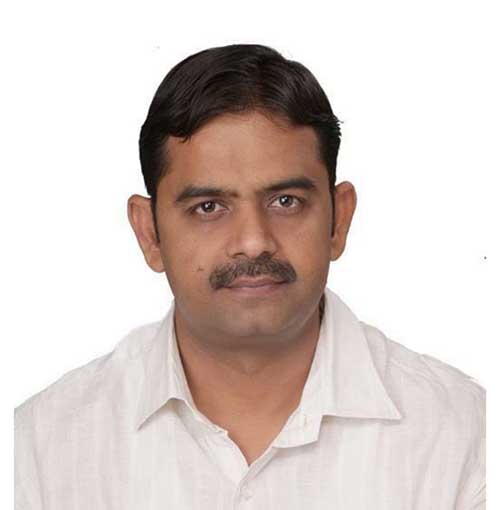 SLBS engineering college owner Jitendra Godara who was killed in an accident in Pali.

The car lost balance and jumped over the road divider. As a result, it was on the wrong side of the road and rammed into the truck approaching from the opposite direction. Two of the four people in the car died on the spot, while two others succumbed to injuries on way to hospital. The bodies were found scattered on the road.

It has come up during preliminary investigation that the men were on their way to Jaipur from Jodhpur.

The collision was so intense that the truck overturned. The car was severely damaged.

A team from Raipur police station rushed to the spot after getting information about the mishap from commuters and passers-by. The local residents and commuters also helped the police in the rescue operation. The bodies were pulled out of the damaged car as they got stuck.

The bodies have been put in the mortuary of a government hospital in Ajmer district’s Beawar town.

“We are investigating what caused the accident,” said a police officer.

The family members were informed.

The fourth victims was identified as Bharat, a resident of Lalsagar in Jodhpur.

The death of Jitendra Godara who was known as a social activist shocked many in Jodhpur. Many senior politicians including former chief minister Ashok Gehlot are likely to take part in the last rites.