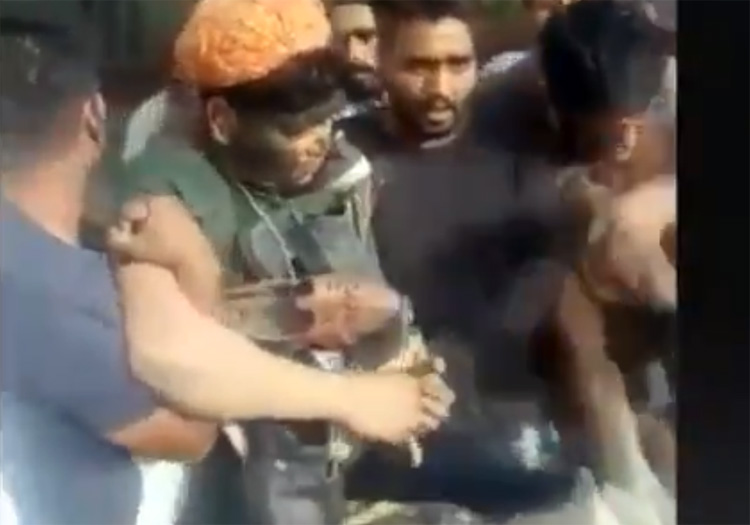 A BSP leader whose face was blackened in Jaipur. He was paraded on a donkey.

Jaipur: Some BSP workers allegedly blackened the faces of Ramji Gautam, the national coordinator of BSP and the party’s state incharge Sitaram Meghwal and paraded them on donkeys in the party’s Bani Park-situated headquarters on Tuesday.

The party workers accused the two BSP office bearers of selling tickets. The workers barged into the BSP headquarters in Jaipur shouting slogans in the morning. Gautam and Siatram Meghwal were in their offices. The workers blackened their faces and made them to sit on donkeys.

The resentment among BSP workers in Rajasthan has been brewing since the six party MLAs joined the Congress in Rajasthan.  Earlier also, a scuffle had taken place between workers and party leaders to the extent that the police had to intervene.

BSP supremo Mayawati however accused the Rajasthan Congress of perpetrating the attack on the BSP leaders in Rajasthan.

“They first wooed the BSP MLAs into joining the Congress and then hatched this attack on the BSP organization leaders. The act is shameful and condemnable,” said Mayawati.