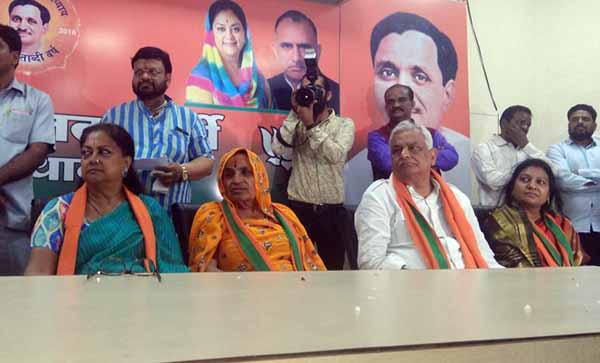 Jaipur: The BJP has declared its three candidates from Rajasthan for the Rajya Sabha elections. The party nominated its national general secretary Bhuprendra Yadav, senior leader Madan Lal Saini and legislator Kirodi Lal Meena who returned to the saffron party on Sunday. The three candidates will file their nominations on Monday.

Bhupendra Yadav who hails from Ajmer was welcomed by party workers at several places when he was coming to Jaipur from Delhi on Sunday. The party high command decided to field local candidates keeping in view the assembly elections due later this year.