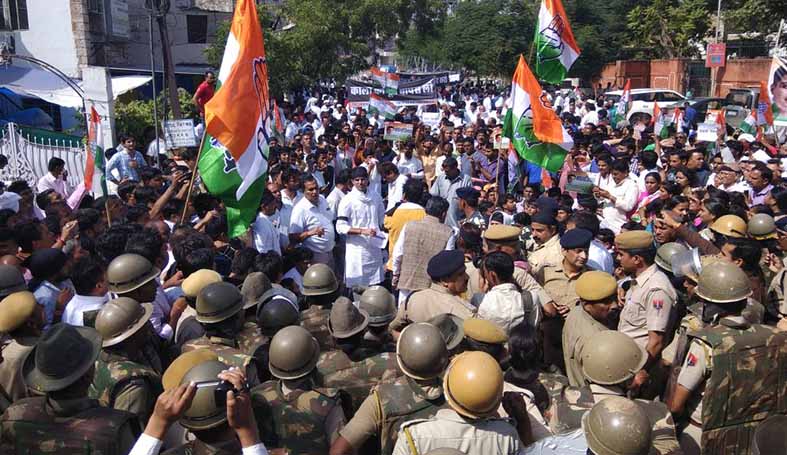 Jaipur: Rajasthan state assembly was adjourned on Monday after the Opposition staged a walk out against the state government’s bill that shields public servants from legal action.

The state home minister Gulab Chand Kataria tabled the bill including the one that prohibits registration of FIRs against any public servant without prior permission from the government.

Gulab Chand Kataria said that the bill was being tabled in the assembly so that any discrepancies or objects could be discussed.

The Opposition alleged that the government was enacting the bill to shield corruption politicians and officials. As the assembly session started, Congress MLAs started protest and staged a walk-out. The session was adjourned by the Speaker.

The ordinance passed by the state government is an amendment of the Criminal Code of Procedure, 1973 and also seeks to curb publishing and printing or publicising, in any case, the name, address, photograph, family details of the public servants.

The government is facing flak for implementing the law.