Four members of the gang including three from Jaipur nabbed. 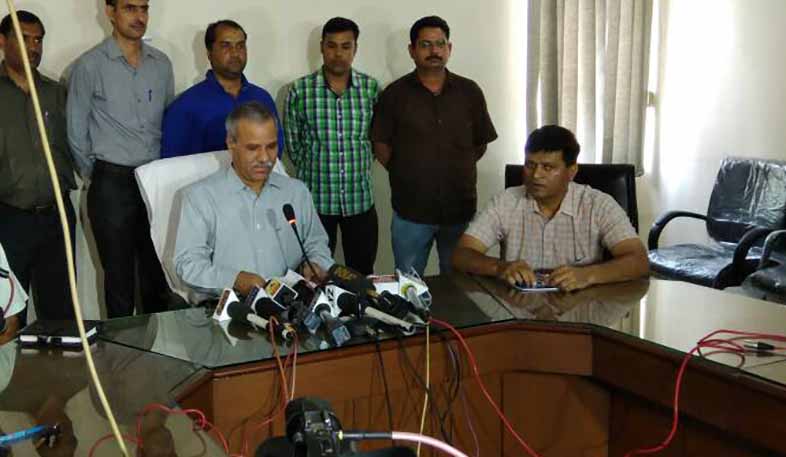 Jaipur: Rajasthan anti-terrorist squad (ATS) has busted a gang that guaranteed recruitment in the army and arrested four of its members on Tuesday. ATS teams seized a cash amount of Rs 1.79 crore from one of the gang members in Jaipur. Officials said that the gang charged Rs 2.5 lakh from each candidate while promising him a job in the army. Educational documents of several students were seized from the possession of these gang members, officials said.

Those arrested include Arjun Singh, a resident of Nokha in Bikaner, Nand Singh Rathore, Sunil Vyas and Mahendra Singh. The trio belongs to Jaipur.

ADG, ATS Umesh Mishra said that the agency got a tip-off about this gang following which one Arjun Singh was arrested during an army recruitment rally in Udaipur on Monday.

“We came to know that he was charging a minimum of Rs 2.5 lakh from each candidate. He would guarantee recruitment,” said Mishra.

Officials said Singh was interrogated following which the names of other gang members also came up.

“We identified one Nand Singh Rathore a resident of Keshavpura in Jaipur’s Muralipura area. A raid was conducted at his house. A total of Rs 1.79 crore was seized,” said the officer. The amount was in cash and had been collected from candidates paying him for jobs in the army.

Another accused Sunil Vyas, a resident of NCC Defense Academy near Benar Road in Harmara area. Educational documents of several students were seized from his house.

“We have registered a case under sections 420, 406 and 120B of IPC against all these suspects. We suspect that more people could be involved. Interrogation with them is going on,” said the officer.

The ATS will likely contact the candidates whose documents were recovered from the possession of these gang members.