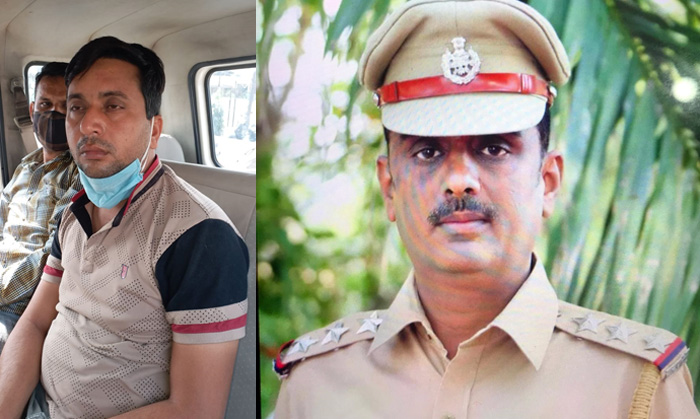 Jaipur: The Rajasthan anti-corruption bureau (ACB) on Tuesday a constable of Jawahar Nagar police station in Sriganganagar district after he was allegedly caught taking a bribe of Rs 10 lakh from Kanpur-based businessman. The SHO of Jawahar Nagar police station – at whose behest the constable was demanding bribe, according to senior police officers – has been missing since the ACB trap. A search has been launched for him. The SHO has been booked under various sections of the Prevention of Corruption Act. Further investigation is going on.

According to senior ACB officials, the constable had already taken Rs 16 lakh from the businessman who runs a medicinal drugs business. The cops were demanding bribe from him for not naming his nephew in a narcotics case registered with Jawahar Nagar police station.

SHO of Jawahar Nagar police station in Sriganganagar Rajesh Kumar Siyag was also allegedly in this, according to ACB officials. Siyag hails from Jhunjhunu district.

ACB DG BL Soni said that constable, identified as Naresh Chand Meena – a resident of Karauli district – checked into Hotel Radisson Blu to take the bribe amount from ACB complainant Hardeep Singh. Hardeep is a resident of Govind Nagar in Kanpur. He approached the ACB on October 26 and lodged a complaint against the constable. He told the ACB that he and his nephew run a pharmaceutical shop in Kanpur. A case was registered with Jawahar Nagar police station. The businessman said that his firm was not involved in the case and despite that, SHO Siyag served a notice on his nephew Pawan Kumar Arora.

On September 18, constable Naresh Chand Meena and ASI Sohanlal showed up at their shop and took Pawan to a hotel. They threated to place him under arrest and take him to Sriganganagar if he didn’t pay bribe. They took Rs 15 lakh from him. They told him that of this amount, Rs 10 lakh would be paid to Siyag who was investigating the case.