Hindoli police booked the accused men under section 508 and 120B of IPC and various sections of the Untouchability Act and Juvenile Justice Act. They were produced in a court on Monday and remanded in judicial custody. 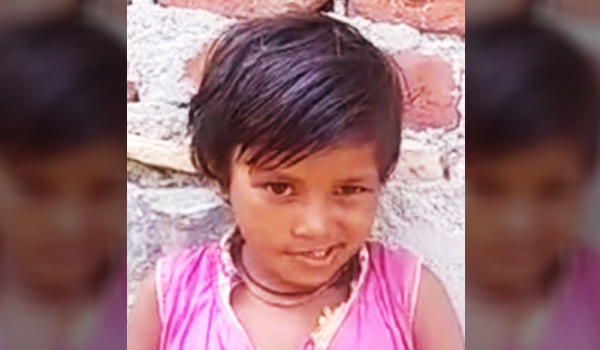 Girl Khushboo who was banished by panchayat in Bundi.

Jaipur: Hindoli police in Bundi on Monday arrested four members of the khap panchayat for ostracizing a six-year-old girl after she accidentally destroyed eggs of Sandpiper bird which the locals call Titahari. An FIR had been registered against 10 members of the panchayat. Most of them escaped from the village after the police complaint was lodged, but the cops managed to find four of them. Some members allegedly threatened the girl’s father that he too would be banished out of the community if he didn’t withdraw the police complaint.

According to the police, the four accused men were identified as Cheetarlal, Onkar, Raghunath and Ramdev. Hindoli police booked them under section 508 and 120B of IPC and various sections of the Untouchability Act and Juvenile Justice Act. They were produced in a court on Monday and remanded in judicial custody.

The incident took place in Haripura village near Hindoli. The girl, identified as Khushboo, had gone to school for the first time on July 2. The girl was standing in a queue to get free milk when she accidently stepped on eggs of Sandpiper bird and destroyed them.

The locals believe the Sandpiper bird to be a messenger of rain, the incident was considered to be such an offense that a panchayat meeting was called. The girl was asked to stay out of her home. The parents were barred from touching her.

In a panchayat meeting, the girl was banished and asked to stay out of her home for 11 days. The girl’s parents were forced to obey the corporal punishment and as a result, the child remained outside her house day and night. Her parents were barred from even touching the girl during this period.

After the matter came to light, a team of Rajasthan State Commission for Protection of Child Right led by its chairperson Manan Chaturvedi visited the village on Thursday. When the team found the incident to be true, an FIR was registered against community leaders who banished the girl.

Subscribe to WhatsApp updates for Jaipur News Click on the following link(s) to find the latest & related stories on: Bundi