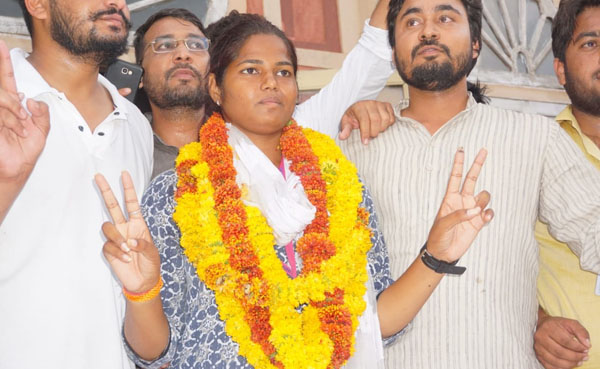 Jaipur: The Congress-backed NSUI received a major setback in the Rajasthan student union elections 2019 as it couldn’t win the president post in any university of the state. The independent candidates won the post of president in four universities including Rajasthan University in Jaipur, Jai Narayan Vyas University of Jodhpur and Maharaja Gangasingh University of Bikaner. The presidential post was won by ABVP in five universities.

An impendent candidate  was elected president for the firest time in Jai Narayan Vyas University in Jodhpur. Ravindra Singh Bhati defeated Hanuman Tarad of NSUI by a margin of 1294 votes.

Nikhilraj Jat of ABVP was elected president in Mohanlal Sukhadia University in Udaipur.

Here are the results for the post of president in other universities:

The election didn’t take place in Kota University due to complaints of irregularities in the admission.