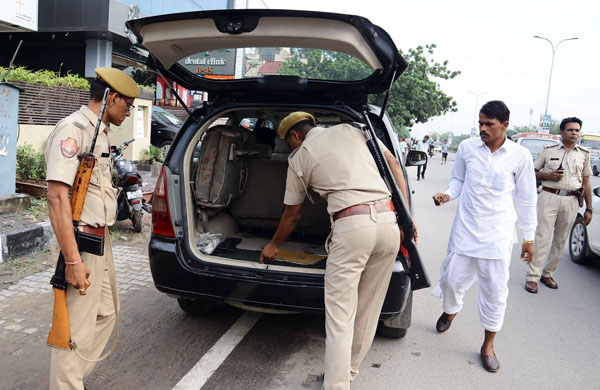 Jaipur: Several teams of Jaipur range police, SOG and ATS have been rushed to Haryana, Punjab and other nearby states in search of Vikram Singh Gujjar alias Papla who escaped from Behror police station in Alwar district on Friday. Armed with AK-47s, his gang members barged into the police station barely three hours after his arrest early on Friday and opened firing at the policemen there. They freed Vikram and escaped. There was no clue about the whereabouts of this most-wanted criminal of Haryana till the reports last came in.

Vikram Singh alias Papla was arrested around 3.20 am on Friday. Three youths tried to escape on seeing a police patrolling team from Behror police station. One of the youths was arrested on suspicion and brought to the police station. The youth identified himself as Sahil. The police seized a cash amount of Rs 31.90 lakh from his possession. He told the police that he tried to flee because they had a bogus registration plate on their car. The police had no clue that the man they had arrested was a wanted criminal.

The criminals escaped with Vikram Singh. The policemen had to flee the police station – some of them even jumped off the rooftop to save themselves.

The Rajasthan police has launched a massive search for the criminal and his aides.