Her colleague and senior anchor of the news channel, Rahul Awasthi was with her in her flat when the incident took place. Family members of Radhika lodged an FIR against Rahul accusing him of murder. 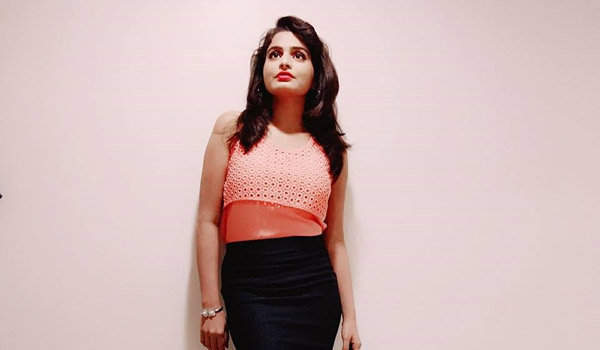 Jaipur: A day after Jaipur resident and TV news anchor Radhika Kaushik (27) died under a mysterious condition after she fell off from her apartment’s building at Noida, her family members demanded a speedy probe and arrest of her colleague who was with her when the incident happened.

Radhika had been working at a news channel in Noida for the last two months. The incident happened around 4 am on Friday.

According to the police, her colleague and senior anchor of the news channel, Rahul Awasthi was with her in her flat when the incident took place. Family members of Radhika lodged an FIR against Rahul accusing him of murder.

Radhika Kaushik (27) was a resident of Shipra Path of Mansarovar area in Jaipur. She was living at Antriksh forest Apartments of Sector 77 in Noida and working at a renowned news channel in Noida. She had shifted to Noida from Hyderabad two months ago.

Liquor bottles were recovered from Radhika’s flat and it is ascertained that a party was going on in the flat before the incident on Thursday night. The police are probing the case whether it is a suicide or murder. The accused Rahul Awasthi has been taken into police custody for further interrogations.

According to the police, Radhika used to live with her two roommates. They were not there in the flat on Thursday night due to their night shift. Radhika and her colleague senior news anchor Rahul were having liquor at her flat and also ordered food around midnight. As per Rahul’s statement, Radhika received a call at 3:30 am and went to the apartment’s balcony to talk. She was troubled by something, Rahul allegedly told the police. Rahul went to the bathroom for a minute, when he heard a scream from the balcony. When he rushed to the balcony, he found that Radhika jumped off the balcony.

The family members of Radhika alleged that Rahul Awasthi was jealous of their daughter’s early promotion at the news channel, so he killed Radhika.

No blood was found on the spot. Radhika’s father said that Rahul first killed Radhika and pushed her off.

Rahul is a resident of Udaipur. He told the police that Radhika was in stress and drunk before the incident, so she committed suicide.

Radhika and Rahul both were drunk.