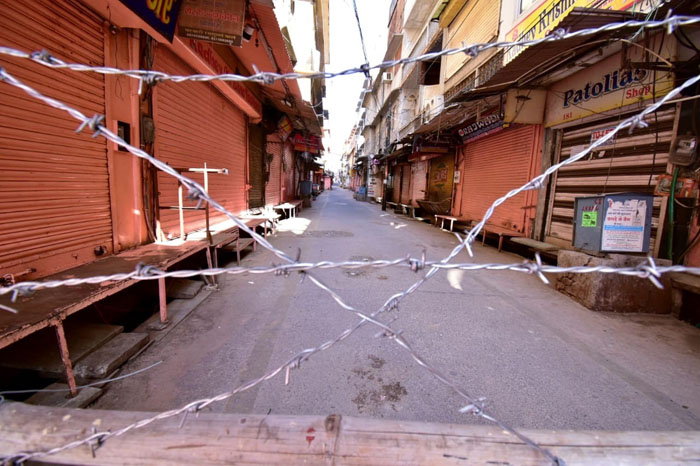 Jaipur: Ramganj area of Jaipur has become the epicentre of COVID-19 spread in Rajasthan. Ramganj has reported nearly 400 of the total 1034 cases reported across the state. To prevent community infection, the state government on Wednesday deployed Rajasthan Armed Constabulary (RAC), border home guards, battalions and turn the area into a fortress. It was being reported that some people were venturing out of their homes despite the curfew.

The teams of several officials from different departments including police commissionerate, district administration, medical and health, energy, and state disaster relief force are burning midnight oil to make the curfew a success and prevent the possibility of Ramganj entering community infection stage of the virus spread.

Several colonies were cordoned off with wires. Apart from two companies of RAC, over 250 border home guards have been deployed in the area.

The police force is at its toes, especially after two policemen tested positive for the virus on Tuesday. Samples were collected from several police jawans who may have come in contact with the infected cops over the past few days.

Only medical and health department team members are being allowed to enter and exit the area for taking samples. PPE kits have been provided to the medical workers and policemen in highly sensitive areas.