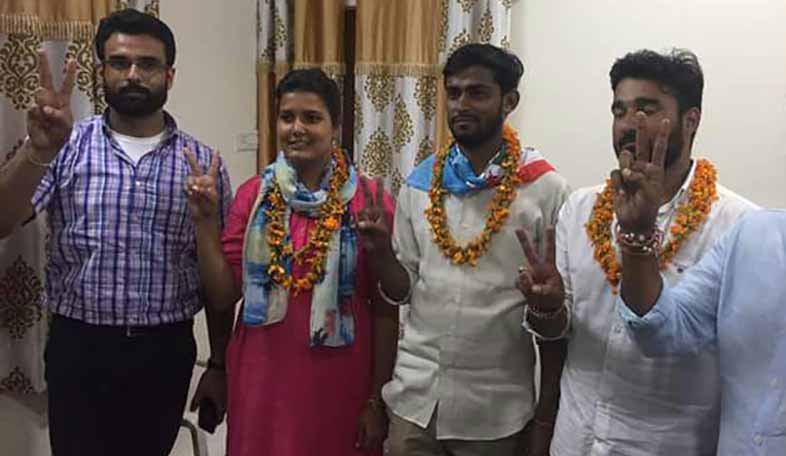 Jaipur: Some student leaders who were not included in the panel of NSUI candidates for Rajasthan University (RU) student union election staged demonstration late on Tuesday. One candidate, Aftab Gauran, accused the NSUI committee of demanding money in exchange for a ticket and discriminate on the basis of caste and religion. He and his supporters staged a demonstration at Pradesh Congress Committee (PCC) office in Jaipur.

Some student leaders and their supporters created a ruckus at NSUI office and then marched to PCC building to stage a demonstration. Gauran said that he had decided to fight the election as an independent candidate.

ABVP had announced its panel of candidates on Monday.

Rakesh Yadav has been chosen to fight for general secretary and Manish Meena will run for the post of joint secretary.