The protesters were preparing to take out a march against the ED. 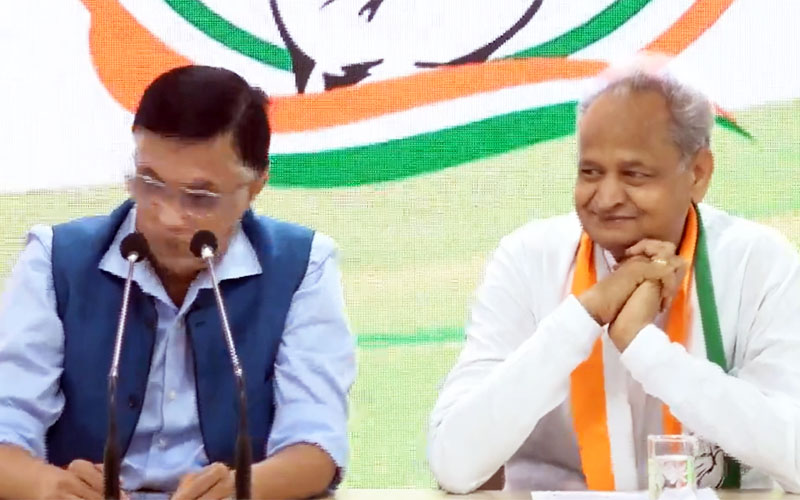 Ashok Gehlot address the media at AICC in Delhi.

Jaipur: Several Congress leaders including Chief Minister Ashok Gehlot, Sachin Pilot and former Union Minister Bhanwar Jitendra Singh from Rajasthan were taken into custody for staging a demonstration outside the Congress headquarters in Delhi. Gehlot lashed out at the BJP government accusing it of using the enforcement directorate (ED) as a tool to topple governments.

The protesters were preparing to take out a march against the ED. The Delhi Police first tried to stop them by barricading and then took them into custody.

"They (the BJP) take pride in toppling the governments,” Gehlot said. 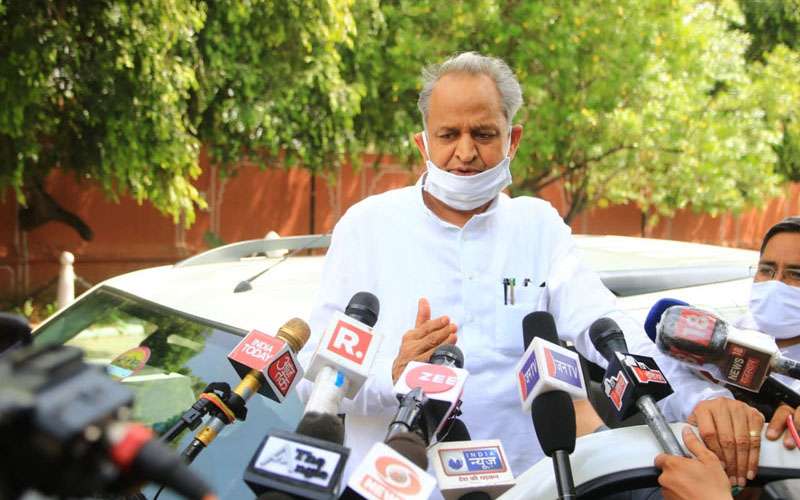 “Now they want Opposition-free India. The way the Centre is treating Sonia Gandhi is shameful. ED could have taken statements from Sonia ji by visiting her,” Gehlot added

'If they were in a similar situation as ours today, they would have set the country on fire. Their nature is to commit violence and sabotage. We are protesting peacefully, our people are singing the hymns of Raghupati Raghav Rajaram,” Gehlot further said. Gehlot was interacting with the media at the AICC headquarters in Delhi.

Gehlot said, “they used to talk about Congress-mukt (Congress-free) Bharat, now they want Opposition-free India. Modi ji had pointed this out in Hyderabad recently. They consider the opposition as the enemy.”

He also accused the BJP government of tarnishing the credibility of the premier agencies of the central government. He said that the people of central agencies are working under pressure. It has become a norm to carry out raids without first conducting a thorough investigation.