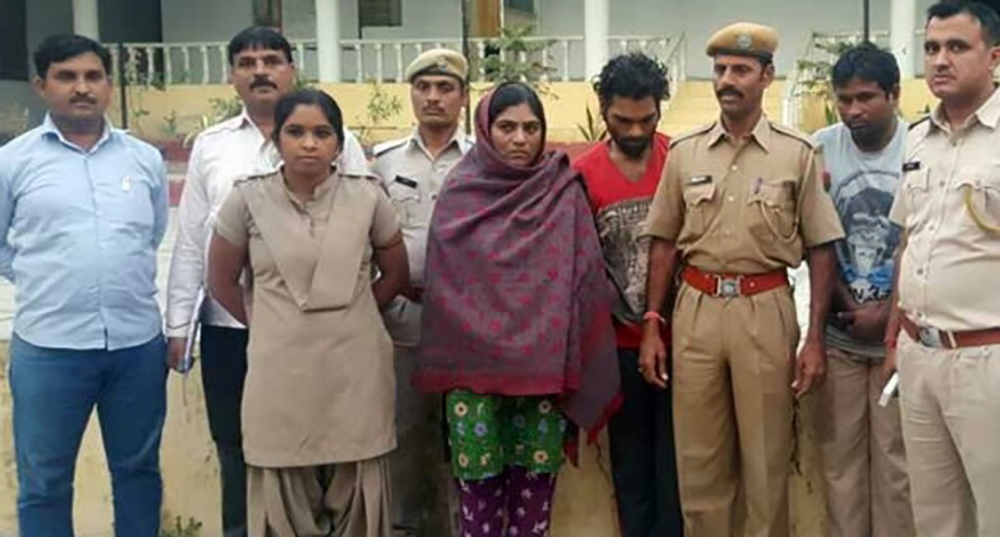 The woman murdered a call for the latter's relationship with her son.

Jaipur: The Udaipur police on Wednesday arrested a woman who allegedly ran a prostitution racket, for murdering a call girl. The woman committed the crime because the victim had developed a physical relationship with one of the accused woman’s three sons and wanted to tie the knot with him, police said.

The accused and her two other sons made the victim consume alcohol and then strangled her. The trio took the body in a car to an isolated place near a highway in the neighboring Rajsamand district and dumped it.

The accused was known as Rekha Aunty and used to run a prostitution racket. One of her girls, identified as Roma, developed a physical relationship with Rekha’s son Manish. When Rekha came to know about this, she suspected that Roma wanted marry Manish with a motive to grab his wealth.

A police officer said that Rakha’s two sons Anil and Dhanraj were also involved in the murder. “They made her consume alcohol and then strangled her. They drove the body to Bhenrughati near a highway in Rajsamand district,” said the officer.

After Rekha’s arrest on Wednesday, neighbors said that the woman used to bring call girls from Delhi and Mumbai.