Probationer RPS arrested for taking bribe of Rs 1.10 lakh from a constable in Jaipur 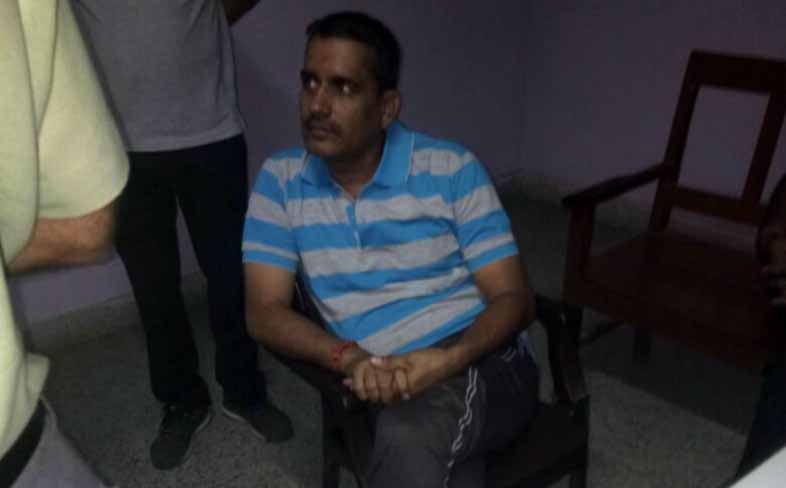 Jaipur: Rajasthan anti-corruption bureau (ACB) on Monday arrested a probationer Rajasthan police service (RPS) officer who was deputed in Govindgarh area of Jaipur rural for taking a bribe of Rs 1.10 lakh. The officer, Mahaveer Prasad Chotia, was demanding the bribe to exclude the name of a man, accused in a dowry harassment and eve teasing case, from the victim’s statements in the court. Mahaveer Prasad who had the charge of circle officer Govindgarh before being transferred a day before the trap was booked under various sections of the Prevention of Corruption Act.

According to ACB, IG Sachin Mittal, a man approached the ACB against Mahaveer Prasad recently. In his complaint he stated that he was being accused of dowry harassment and eve teasing. The complainant is a constable and currently deputed as a security guard of a megistrate, ACB officials said.

“Mahaveer Prasad demanded a bribe of Rs 1.50 lakh from the ACB complainant to exclude his name from the girl’s statement under section 164 of CrPC. The officer assured him that he would not be named in the FIR also,” said IG Mittal.

The ACB laid a trap and verified the complaint. After negotiations, Mahaveer Prasad agreed to accept Rs 1.10 lakh from the ACB complainant. The officer was caught red-handed on Monday. The ACB trapped him in Reengus town in Sikar district. He took the bribe in the car of the complainant after making him drive it for 40 km. The ACB chased the car and as soon as Mahaveer got off the vehicle after taking the bribe, the trap team took him into custody.

The trap was laid under the supervision of ACB ASP Narottam Varma.

Mahaveer Prasad is 2012-batch RPS topper. He was earlier the principal of a government senior secondary school. Mahaveer Prasad hails from Srimadhopur in Sikar.