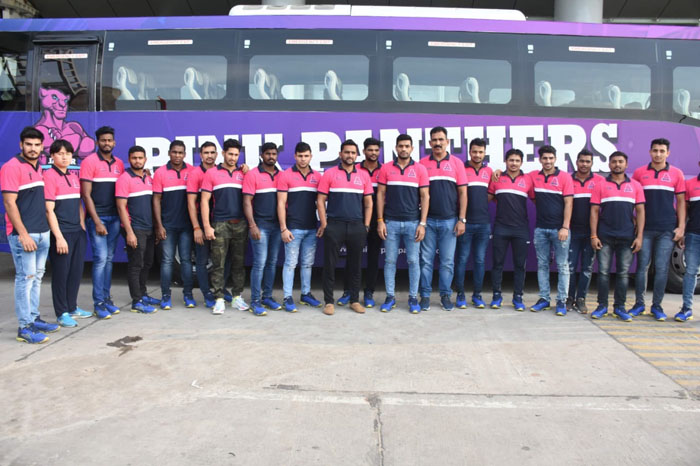 Jaipur: Pink Panthers players reached Jaipur on Tuesday to play the first Pro Kabbadi League match on the home ground. The match is scheduled to take place on September 21. The team members landed at Jaipur airport in the evening and then checked into a hotel in the city. They were greeted by fans at the airport as well as the hotel. The team will practice for three days before playing their first match.

The Pink Panthers couldn’t play any match in Jaipur in 2018 due to the renovation work at the Indoor Stadium. All the matches were shifted to Panchkula.

The Pink Panthers fans are excited about the games.

“We missed the games last year, I am not going to miss any of them in Jaipur this year,” said Mahesh Parekh, a resident of Mahesh Nagar who himself a kabbadi player.