Diya Kumari had filed the divorce application in the metropolitan court number – 1 in Gandhi Nagar in the first week of December. 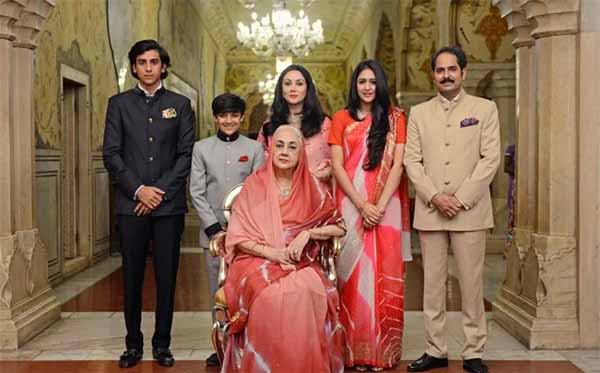 Princess Diya Kumari with her family.

Jaipur: Princess Diya Kumari, member of ex-royal family of Jaipur and the former MLA of Sawaimadhopur constituency and Narendra Singh are now officially divorced nearly nearly 21 years after they tied the know following a much-publicized courtship. A local court on Tuesday granted divorce to Diya Kumari and Narendra Singh who were reportedly living separated for the past one and a half years.

Diya Kumari had filed the divorce application in the metropolitan court number – 1 in Gandhi Nagar in the first week of December.

The court had initially ordered that their application would be considered after six months. The court had given them six months to sort out their differences and reconsider their decision. The couple however filed another application citing a Supreme Court order and requested the court to expedite the hearing.

The court gave its nod to the divorce application on Tuesday.

Diya Kumari married Narendra Singh in August 1997 after a courtship. The community opposed their plans for marriage as both were from same gotra. Despite the opposition and the image of the royal family at stack, the couple held their ground and tied the knot.

Diya Kumari is the daughter of former maharaja of Jaipur Bhawani Singh and maharani Padhmani Devi. She pursued education in Jaipur, Delhi and London.

The couple has three children – Sawai Padmanabh Singh, Lakshya Raj Singh and Gauravi Kumari. Born on July 2, 1998, Padmanabh was coroneted and became Maharaja (king) of Jaipur in 2011. He is the youngest ever player to represent India in a World Cup match.

She joined BJP in September, 2013 in the presence of then chief minister of Gujrat Narendra Modi and senior leaders including Rajnath Singh and Vasundhara Raje.