The first IPL 2019 match at SMS Stadium in Jaipur will be played on March 25. 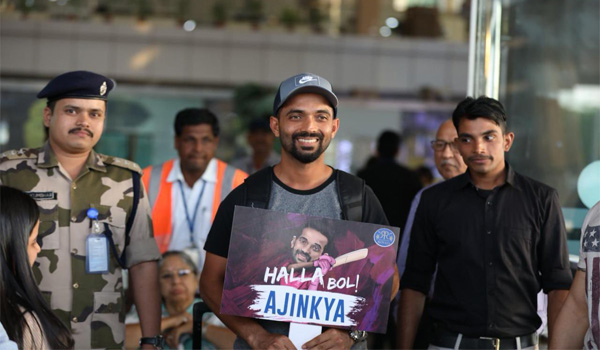 Cricketers from Rajasthan Royals team have started arriving in Jaipur. The first IPL 2019 match in Jaipur will be played on March 25.

The team players of Rajasthan Royals will start their practice sessions at the stadium in Jaipur from March 17. Team captain Ajinkya Rahane arrived in the city on Friday.

According to the officials, the preparations for the matches are in the final stage. The tickets are being sold online and offline. The ticket price ranges from Rs 500 to Rs 1200. The ticket counters have been set up at the three entry gates of the SMS Stadium. People can book tickets online through BookMyShow.

Barricades have been put up around the stadium. Entry for the general public is restricted. The ground and the pitch are being prepared for the matches and practice sessions. President of RCA CP Joshi is constantly monitoring the preparations, added officials.

Rajasthan Royals will play two matches at Jaipur in the first phase of IPL 2019 – one on March 25 with Kings XI Punjab and another with Royal Challengers Bengaluru on April 2.

Rajasthan Royals will play seven matches in Jaipur this season before May 6. The dates for two matches have been released. Further dates will be revealed soon.

IPL released the schedule for the first two weeks in which 17 matches will be played at eight venues. The rest of the schedule will be released later. The officials were waiting for the Lok Sabha election 2019 dates to be announced.