Pratap Nagar: Man throws son to death from apartment building, then himself 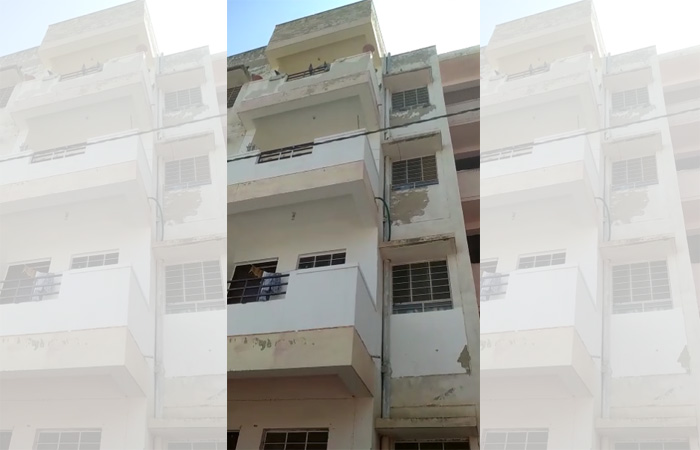 The apartment building where the incident took place.

Jaipur: A man jumped off the balcony of an apartment building in Pratap Nagar area of Jaipur while holding his 8-year-old son in his hands. The boy died on the spot. The father is undergoing treatment and his condition is stated to be critical. According to preliminary reports, the father suffers from a mental condition.

The incident took place in Sector 28 of an apartment building – Radhika Apartments. The man identified as Ramesh Jain jumped off the balcony of his flat situated on the fourth floor of the building. He was holding his son – identified as Raunak Jain when he jumped. Some people told the police that the man first threw his son off the balcony and then jumped off. The police are still verifying what actually happened.

Ramesh is a resident of Galta Gate area in Jaipur. His in-laws live in the apartment building in Pratap Nagar. Ramesh along with his wife and son had come to visit his in-laws on Monday evening. There were reports that he was suffering from some illness.

The body of the boy has been put in the mortuary of a hospital for post-mortem examination. Ramesh is undergoing treatment in a critical condition. The police are recording statements of the in-laws and other residents of the apartment building. Officials said that the investigation is going on.