The opposing Maserati team was led by the Duke of Cambridge, Prince William. 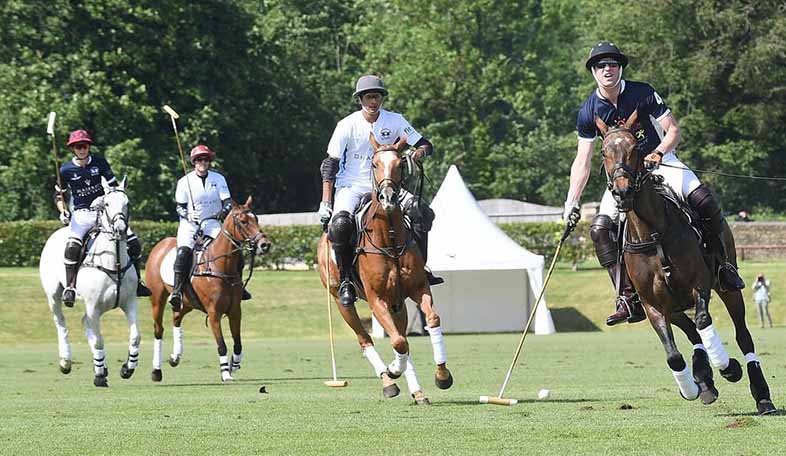 The Dhamani 1969 polo team led by 18-year-old Sawai Padmanabh Singh won a polo match in the UK against a team led by the Duke of Cambridge, Prince William.

Jaipur: The Dhamani 1969 polo team led by 18-year-old Sawai Padmanabh Singh  - a member of the erstwhile royal family of Jaipur - won a closely contested 2017 Maserati Royal Charity Polo match by half a goal at Beaufort Polo Club near London in the United Kingdom. The opposing Maserati team was led by the Duke of Cambridge, Prince William. It is to be recalled that it is for the second time that the Maharaja of Jaipur has led a team against Prince William and won. The Maharaja of Jaipur scored two goals. The match took place on Sunday. An excited Padmanabh Singh said on the phone that this was the third generation of the two royal families (England and Jaipur) playing polo together. The Dhamani 1969 team led by Singh had players Karan Thapar (0), Nina Clarkin (+4) and Olly Tuthill (+4). The Maserati team led by Prince William (+1) had players Mark Tomlinson (+6), Henry Porter (+2) and Bruce Merivale-Austin (0). Eighteen-year old Sawai Padmanabh Singh, was coroneted and became Maharaja (king) of Jaipur in 2011 when he was just 12. He is the youngest ever player to represent India in a World Cup match. The last time India had won the World Cup was in France in 1957 under the captainship of late Maharaja Sawai Man Singh II of Jaipur. It is also to be noted that the present World Cup is now known as ‘Jaipur World Cup’. It was presented by late Maharaja Sawai Bhawani Singh in Buenos Aires in 1982. Incidentally, Padmanabh Singh is the second player from the erstwhile Jaipur Royal Family to represent the country in the World Cup. He is the Brand Ambassador for the leading and prestigious Argentinean leisure polo-centric company, La Martina. He studied in Mayo College in Ajmer and Millfield School in London where he  excelled himself in the game of polo. Note: Want to share this story with someone? Just click on the WhatsApp or Facebook icon below:
Follow @ThePinkcityPost