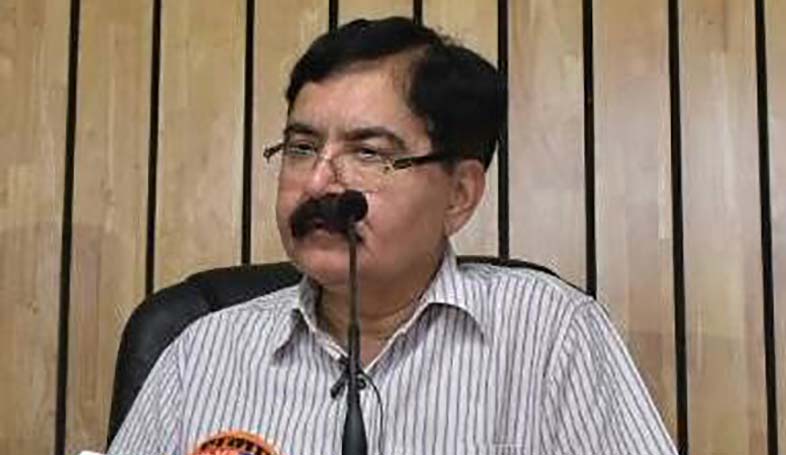 Jaipur: Rajasthan director general of police (DGP) Manoj Bhatt congratulated the team of nearly 50 policemen who were involved in tracing and then killing criminal Anandpal Singh in an encounter after the criminal refused to surrender and opened fire on the police.  DGP Bhatt said that all the policemen would be rewarded for their bravery and for putting their lives at risk in the line of duty.

Inspector Suryaveer Singh was also injured on his hand.

“It was a tremendously dangerous operation because our jawans were faced with a criminal who has a history of showing aggression when confronted with the police. On Saturday too, he used automatic guns and fired several rounds of bullets to force the policemen to retreat and hurt them, but they stood their ground,” said Bhatt.

Aanandpal Singh was killed in a fierce gun battle with nearly 50 policemen of SOG and quick response team (QRT) in Malasar village of Churu on Saturday night.

SOG IG Dinesh MN had supervised the entire operation from Jaipur, while two add SPs – Sanjeev Bhatnagar and Karan Sharma – were on the spot.

Rajasthan home minister Gulab Chand Kataria also said that the police wanted to catch the criminal alive, but he opened fire on them. It forced the police to engage in a gun battle and he was killed in the encounter, he said.

The family members of Anandpal Singh have already demanded a CBI probe, alleging a fake encounter.