Policemen injured in clashes between 2 groups in Jodhpur

Home » State » Policemen injured in clashes between 2 groups in Jodhpur 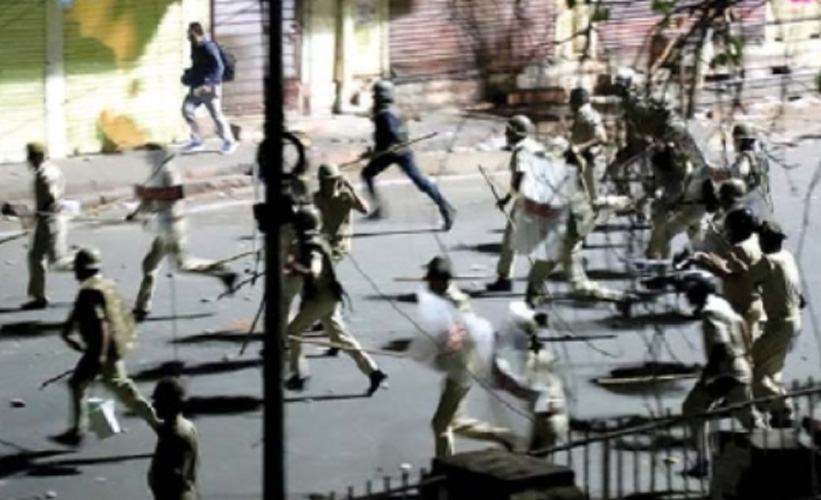 Jaipur: A minor issue escalated into a serious law and order situation in Jodhpur late on Monday when two groups of people clashed with each other. Several people including policemen were injured in the stone-pelting from both sides. A heavy police force was deployed in the Jalori Gate and Eidgah area of the city to maintain law and order.

The clashes started on the issue of hoisting a flat at Jalori Gate Circle around 11.30 pm. Some people were hoisting a flat at the circle. When some youths saw this, they objected to it. It led to a confrontation which soon escalated into a law and order situation.

A police force was rushed to the spot and the situation was brought under control. The police somehow pacified both the groups. But the people from one of the groups returned to the spot later in the night and started protesting. The people from the other group also gathered on the spot. The two groups soon indulged in stone-pelting and ruckus.

At least four people including two policemen were injured in the incident. The police fired tear gas to disperse the crowd.

Rajasthan chief minister Ashok Gehlot in a tweet said the tension caused between two groups at Jalori Gate was unfortunate.

“The administration and police have been instructed to maintain law and order at any cost. Respecting the tradition of peace and harmony in Jodhpur, I appeal to people to maintain peace and cooperate in restoring law and order situation,” Gehlot said.