Chisti had fled to Hyderabad on July 1 on a flight from Jaipur, SP, Ajmer Chuna Ram Jat told media persons in a press conference. 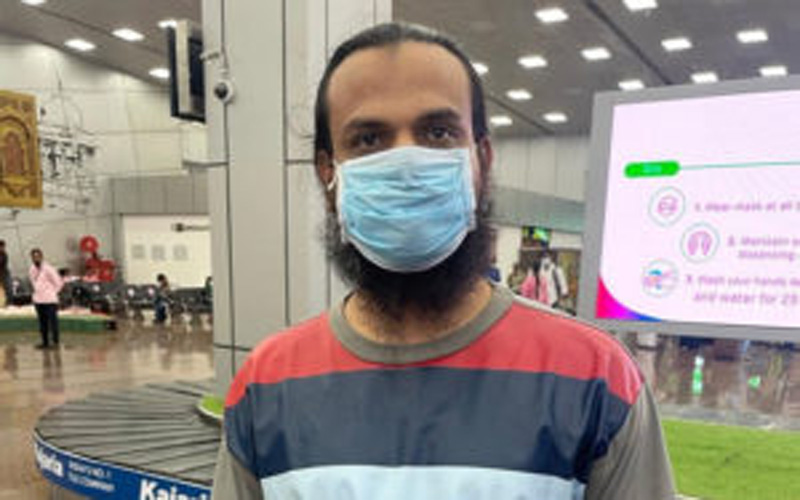 Jaipur: Gauhar Chishti, arrested from Hyderabad for his provocative speech and sloganeering outside Ajmer Dargah, was brought to Ajmer late on Thursday. He was brought to Jaipur from Hyderabad via a fight and then taken to Ajmer where he would be produced in a court. The police are likely to seek his remand to invest his possible links with the Udaipur murder case.

Chishti had fled to Hyderabad on July 1 on a flight from Jaipur, SP, Ajmer Chuna Ram Jat told media persons in a press conference. After getting information about the fact that he was hiding in Hyderabad, a police team was rushed there. Hyderabad cops were also put on alert. The Rajasthan police team used a disguise to nab Chishti.

“He tried to flee when he came to know that he had been surrounded, but we took him into custody with the help of Hyderabad police,” said the police officer.

Sources said that the police would look into his financial transactions and contacts to ascertain if he had any connections with the Udaipur murder case. If any such connection comes up, the case might be handed over to the National Investigation Agency for further investigation. The police have however refused to comment on the matter.

On June 17, Chishti allegedly made hate speech against suspended BJP leader Nupur Sharma. There was a crowd of more than 2500 people outside Dargarh when the speech was made.