‘Cow protection’ surcharge to be payable on top of the existing stamp duty rates. 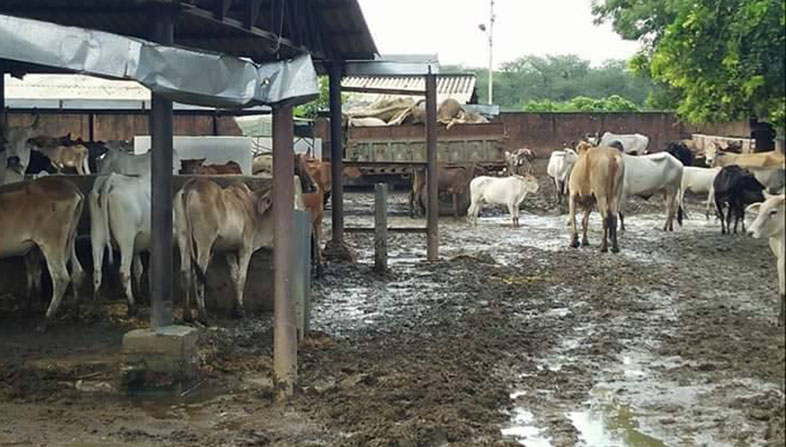 Rajasthan government makes it mandatory for people to pay for cow protection by imposing a surcharge at the rate of 10% on stamp duty. Image credit: Post Staff

Jaipur: The BJP-led Rajasthan government has made it mandatory for people to pay for cow protection by imposing a surcharge at the rate of 10% on stamp duty. This ‘cow protection’ surcharge will be payable on top of the existing stamp duty rates (non-judicial stamps) when people prepare rent agreements, mortgage papers and lease agreements in Rajasthan. Read Also: Alwar lynching by cow vigilantes: PM report reveals severe injuries According to the order circulated by the state government’s finance department, the surcharge is for “the purposes of conservation and propagation of cow and its progeny.” “In exercise of the powers conferred of the Rajasthan Stamp Act, 1998 and in supersession of this department’s notification, state government hereby orders surcharge at the rate of 10 per cent on stamp duty payable on all instruments for the purposes of conservation and propagation of cow and its progeny,” the order reads. Read Also: Alwar lynching case: ‘smugglers didn’t have transit permit’ This surcharge won’t be applicable to judicial stamps, revenue ticket and insurance ticket. The order is dated March 31. Chief minister Vasundhara Raje had hinted at the possibility of imposing the surcharge for cow protection in her budget speech during the last assembly session. The order is set to trigger a fresh round of debate. Politicians are already into a heated debate over the death of 55-year-old Pehlu Khan who was attacked by cow vigilantes for allegedly smuggling cows in the state’s Alwar district. Congress state president Sachin Pilot issued a statement saying that some anti-social elements were spreading fear in the society in the name of religion and cow protection. “The government should order an investigation. If someone is involved in cow smuggling, he can be prosecuted under the relevant sections of the law, but it is completely unjustified to beat a person just because he is suspected of smuggling,” Pilot said. MLA of Alwar district’s Ramgarh constituency Gandev Ahuja kicked up a controversy when he said that the man died of heart attack. “The issue has been blown out of proportion,” said Ahuja. State home minister Gulab Chand Kataria blamed “both sides” for the incident. “It is justified to catch someone involved in cow smuggling, but it is not justified to take the law into his own hands,” said Kataria.
Follow @ThePinkcityPost