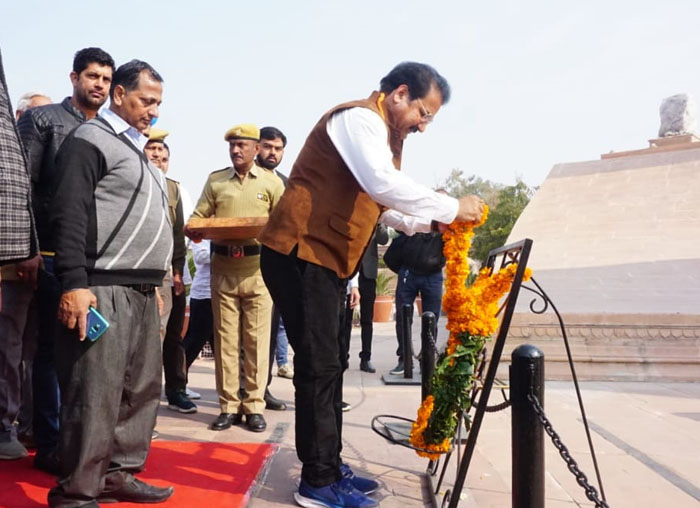 Jaipur: Rajasthan transport minister Pratap Singh Khachariawas said that the state government would implement the amended Motor Vehicle Act soon. The transport department would not clamp down the same amount of penalties specified in the Motor Vehicle Act amended by the central government, the minister said adding that the Rajasthan government would lower the penalty amount for various violations and then implement the law. It will soon get the nod from chief minister Ashok Gehlot, he said.

Khachariawas was speaking on the occasion of the 31st Road Safety Week inauguration ceremony. “The idea behind these penalties is not to harass people, but to make them aware of the traffic rules. I have asked the traffic police and RTO officials to be a bit lenient in this regard,” said the minister.

The amended penalties have been determined for various offenses related to seat belt, red light crossing, driving without registration of vehicle, driving without license, overspeeding, overloading, overtaking, stop line and the lack of vehicle insurance.

“Chief minister Ashok Gehlot will soon take a meeting in this regard following the amended penalties will be implemented in the state,” the minister said.

The transport and traffic police departments are organizing many functions during the Road Safety Week.