Pali: Couple among 4 crushed to death in tragic car accident 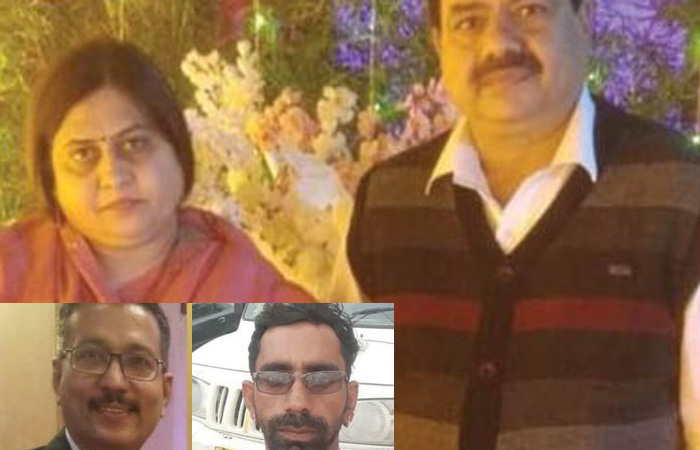 Jaipur: Four people including a woman were killed when a container fell over their car from a truck in Pali district of Rajasthan on Friday. The truck was carrying two containers filled with marble slabs. The truck lost balance when the car in which the victims were travelling was trying to overtake it. Police said that the truck tried to avoid collision with a vehicle approaching from the opposite direction, leading to the mishap. All the four passengers of the car died on the spot.

The victims were identified as Ashwani Dave, his wife Rashmi Dave, the husband of Rashmi’s sister Manoj Sharma, their driver Buddharam. Ashwani was the principal of Vaidik Kanya School in Jodhpur. Manoj – an official in the treasury department – was currently posted as financial advisor in Ajmer Medical College.

They were going to attend Ahmedabad to attend a condolence meeting organized after the death of Rashmi’s aunt. They were driving to a village in Pali where they were supposed to pick Manoj Sharma’s wife.

Ashwani’s father Muralidhar Dave is a retired tehsildar and lives in Shakti Nagar of Jodhpur. The family members were inconsolable after they were informed about the tragic accident.

“Prima-facie it seems that the car was overtaking the truck. The truck lost balance causing the container it was carrying to fall on the car. All the victims died on the spot. Further investigation is going on,” said a police  officer.