Suicide or murder in protest of Padmavati? Man found hanging from Nahargarh Fort in Jaipur

The police found anti-Padmavati slogans written on the fort’s wall and floor. 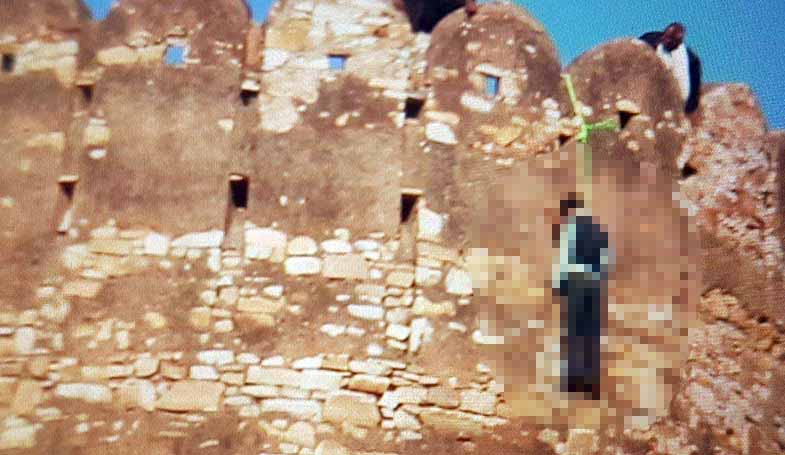 Suicide in protest of Padmavati? Man found hanging from Nahargarh Fort in Jaipur.

Jaipur: A man was found hanging from the rampart of the Nahargarh Fort, in Jaipur on Friday morning with anti-Padmavati slogans scribbled on the wall as well as the floor nearby.

The man whose identify is yet to be confirmed was spotted by some people hanging. Scribbled on the floor and walls near the place where the man was found hanging were some anti-Padmavati slogans in Hindi. The police said after preliminary investigation that the man was from Saini community.

“We have come to know that his name is Chain Saini, but we are yet to confirm this information,” said a police officer.

“Hum Kewal Putale Nahi latkate (We don’t hang only effigies)” was found written on stones in the floor,” said the officer. 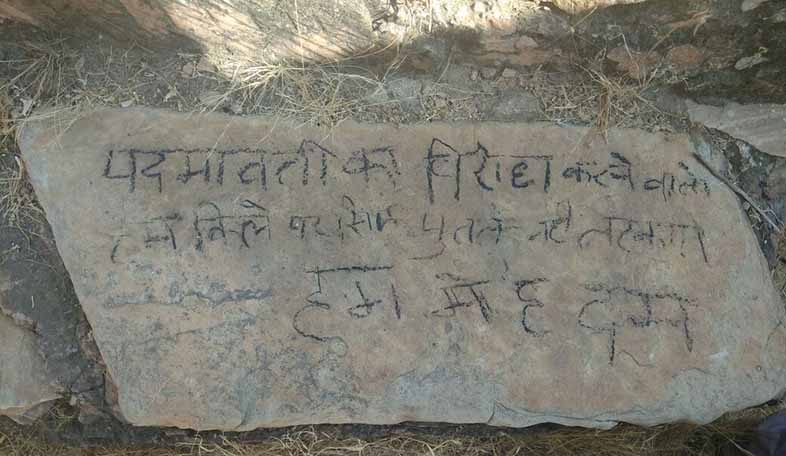 Man’s suicide against Padmavati in Jaipur: Slogans found written on the wall

The police have not ruled out the possibility of a foul play and said that an investigation was going on.

The body was taken to the mortuary of a hospital. The postmortem examination is yet to be conducted.

The Rajasthan government had recently banned the release of Padmavati after widespread protests erupted against the movie. Protestors had forced the authorities to close the Chittorgarh Fort recently.

Complaints were also filed in courts in Bhilwara and Jaipur against Bhansali and the movie’s start cast.

Rajput community alleged that Queen Padmavati who sacrificed her life to protect the dignity of women has been portrayed in a derogatory manner in the movie.