Home minister says no one is above the law. 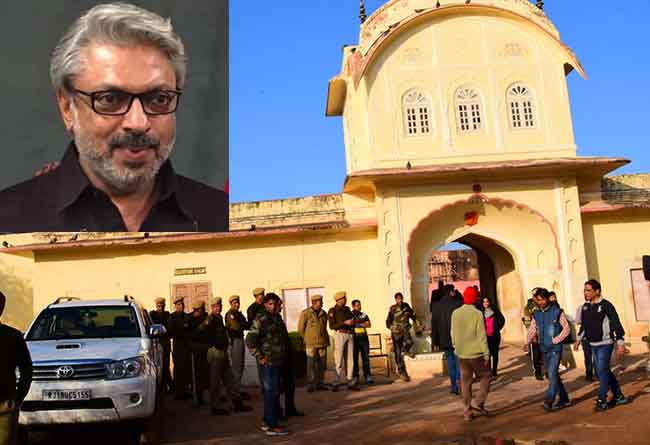 Jaipur: Karani Sena, a caste-based organization in Rajasthan, has yet again warned that its supporters won’t allow Sanjay Leela Bhansali-produced Bollywood movie Padmavati to be screened in the state. The group claims that historical facts have been distorted in the movie to make it more entertaining and the queen Padmavati who sacrificed her life is being depicted in a derogatory manner.

Home Minister Gulabchand Kataria has however warned that strict action will be taken against anyone who takes law in their hands. He asked the protesters to maintain law and order.

After witnessing protests from various organizations, the police department has issued orders to tighten security measures outside movie theaters. Police personnel will be deployed outside these theatres to ensure the safety of theatre owners as well as cinegoers.

Kataria stated that some people feel that only they are concerned about the portrayal of the queen which is incorrect. He said that the Rajput queen is an icon of India and that issues can be sorted out through talks. He also opined that if there is any objectionable content in the film, it should be removed.

Karni Sena’s regional vice president, Kuldeep Singh, has claimed that the district collector and the ADM have been already informed that the film would not be allowed to release in any theatre. He stated that his group is ready to handle any situation.

Meanwhile, Udaipur SP Rajendra Prasad confirmed that there was no ban imposed on the release of the film in the city. The confusion was caused by a letter that was issued by the DSP yesterday. This was in reference to a letter from the SP. A typing error caused this confusion however it has now been rectified.

In January, Sanjay Leela Bhansali was attacked by Karani Sena supporters during the shoot of the movie at Jaigarh Fort in Jaipur.

Dipika Padukon is played the role of Padmavati. The movie is scheduled to release in India on December 1.