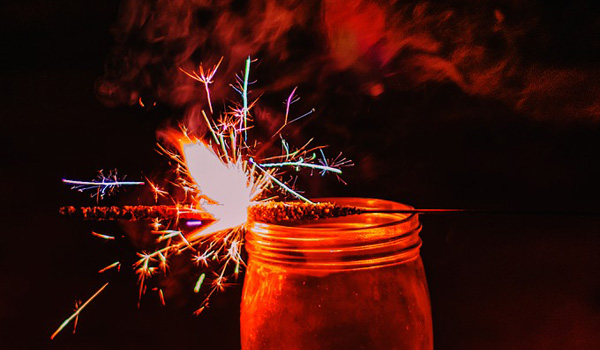 Jaipur: The city fire department remained on its toes on Sunday as over 60 fire-related incidents were reported at several places in Jaipur on the occasion of Diwali. The fire department officials claimed that no loss of life was reported and they were already prepared to deal with these incidents. Due to the fire crackers, fire broke out at several unoccupied plots due to heaps of garbage.

Panic was trigged in Bajaj Nagar after fire broke out in a shop selling firecrackers. As the fire crackers started exploding, the fire engulfed the shop within minutes. The fire fighters managed to douse the fire before it could spread to other areas. It is believed that the fire was caused by short-circuit.

Fire caused panic in a multi-storey building on Ajmer Road. It took fire fighters more than an hour to douse the fire. A furniture store in Pankha Kanta area went up in flames. Three fire tenders were rushed to the spot to douse the fire. The furniture lying in the shop was gutted. Properties worth lakhs of rupees were destroyed.

“We were prepared as we were anticipating an increase in fire incidents on the occasion of Diwali. No loss of life was reported. Most fire incidents were minor and the fire was controlled within a few minutes,” said a senior fire department officer.