Over 120 flights from Jaipur airport suspended since Jan 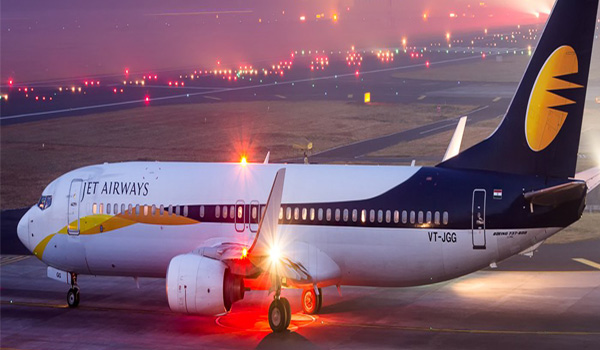 Jaipur: Jet Airways has announced to temporarily suspend all the flights from Jaipur International airport on Wednesday.

Commuters at Jaipur airport are facing inconvenience due to the shutdown of many flights by Jet Airlines after it faced a lack of interim funding. About 125 flights have been suspended until now at the airport between January and March.

According to the officials, Jet’s flight connecting Jaipur and Mumbai was suspended a long ago. Now, the flights to Chandigarh, Indore, and Delhi from Jaipur has been put on temporarily halt too.

The shutdown of Jet airways can affect the airfare for other flights.  The airfare may rise as the flight connectivity will be less due to the suspension of Jet’s flights, added officials.

The airfare is between Rs 6000 to Rs 20,000 from Jaipur Airport to other cities for now. If the Jet Airways’ issue will not get resolved, the minimum range may start from Rs 10,000.

Also, the summer holidays are about to start and the passenger football may rise. In this situation, the administration of Jaipur airport may need to increase its air connectivity to other cities or the commuters will be paying the hiked airfare in the near future.

The State Bank of India informed Jet Airways on behalf of the consortium of Indian lenders that they are unable to consider its request for critical interim funding on Wednesday.

“Since no emergency funding from the lenders or any other source is forthcoming, the airline will not be able to pay for fuel or other critical services to keep the operations going”, said Jet airlines administration late night on Wednesday.

The airline said it would await the bid finalization process by the lenders that are likely to bring in fresh equity by the end of May.