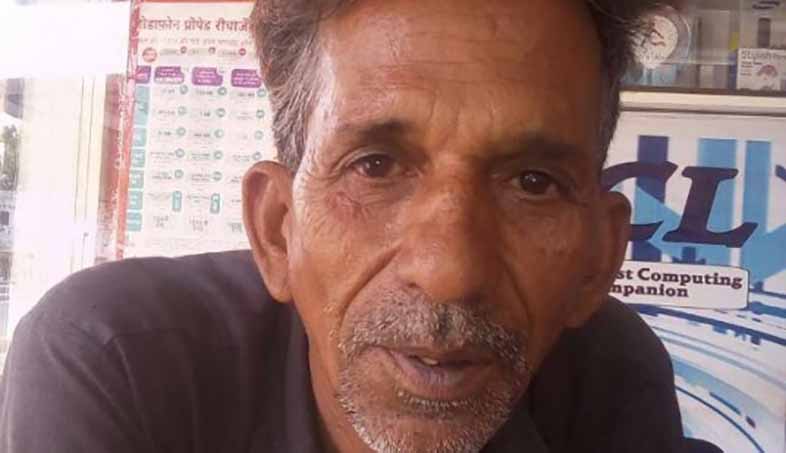 Zafar Khan who was allegedly beaten to death by municipal employees in Pratapgarh.

Jaipur: The death of 55-year-old Zafar Khan alias Zafar Hussain in Rajasthan’s Pratapgarh was caused by a massive heart attack, a postmortem report has revealed.

The report didn’t find any visible injuries on the victim’s body to suggest that he had been beaten up to the extent that he died.

The family members of Zafar Khan had alleged that he was beaten to death by a team of municipal council employees including commissioner Ashok Jain when he objected to their taking photographs of women defecating in public in Pratapgarh town three days ago.

The family members had registered a case of murder against five council employees.

A medical board consisting of five doctors conducted a postmortem examination.

“As per the report, Zafar died of heart attack. The report says that there were no injury marks on the victim’s body,” said a senior police officer.

The family members alleged that the government employees were trying to embarrass women defecating in public by taking their photographs.

Municipal commissioner Ashok had pleaded innocence saying that they didn’t even touch Zafar and when they left the spot, he was completely healthy.

“Our team had gone to the slum area to raise awareness against open defecation. We talked to people and collected feedback from them. When they said that there were no public toilets in the area, we told them the problem would be fixed. The government would build toilets,” said Jain.

He alleged that Zafar showed up when they were holding meeting with slum dwellers and started throwing abuses at the team members.