Only 21% of eligible population vaccinated in Rajasthan; govt blames lack of supply 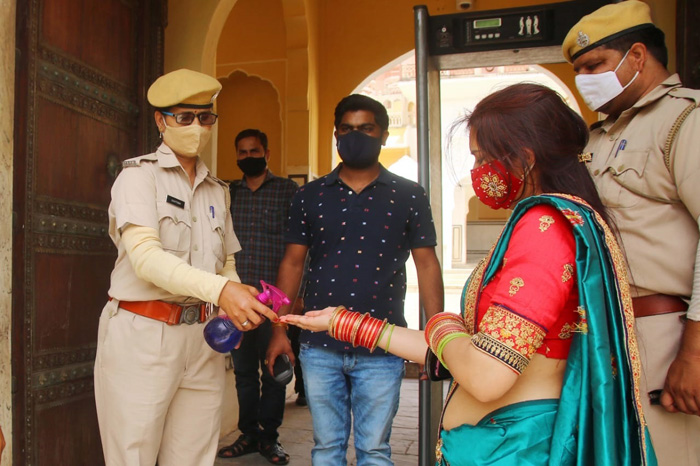 Visitors return to Jaipur's tourist places after 'unlock'. A tourist at Hawa Mahal on Wednesday.

Jaipur: Almost 5 months after the vaccination drive to contain the Covid-19 spread began in Rajasthan, the state has been able to vaccinate only 21% of its eligible population. It is despite the claims that the state is equipped to vaccinate at least 15 lakh people per day. The Rajasthan government is blaming the lack of vaccine supply. At this rate, it will take the government at least one more year to vaccinate 70% of its population.

On Wednesday, Rajasthan chief minister Ashok Gehlot said that the state government had to move the Supreme Court when the union government didn’t agree to provide free vaccines for the 18-45 age group.

“A survey showed that only 10% of the population in Rajasthan refused to get vaccinated. This is up to 30% in many other states. The people are willing to be vaccinated as soon as possible, but we can’t push the number without getting an adequate supply of vaccines from the central government,” said Gehlot.

Gehlot held a video conferencing with public representatives at block and panchayat level on Wednesday.

The vaccination drive in the state began on January 16.