Online registration for Haj 2019 begins; Nearly 6000 from Rajasthan likely to go on pilgrimage

The Rajasthan government had recently launched an app to make Haj pilgrimage easier and more convenient. 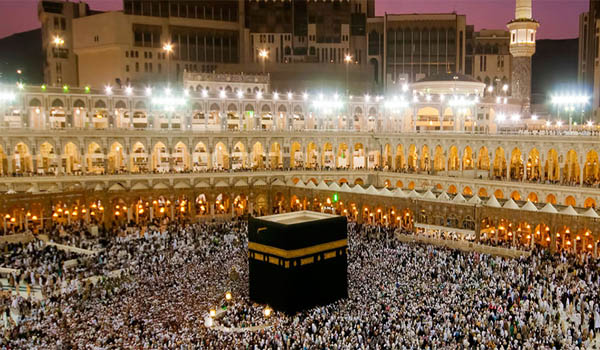 Jaipur: Central Haj Committee has started the online registration for ‘Haj Pilgrimage Yatra 2019’ from October 10. Nearly 6000 people from Rajasthan are likely to go on Haj pilgrimage this year. The forms with other documents can be filled from October 18 to November 17 2018. Haj pilgrims will be able to register their applications online on www.hajcommittee.gov.in

The Rajasthan government had recently launched an app to make Haj pilgrimage easier and more convenient.

Minority Affairs Minister Mukhtar Abbas Naqvi said in a statement that it is for the first time the preparations for Haj 2019 have started immediately after completion of the Haj pilgrimage this year.

According to the press note issued by Central Haj Committee head, Dr. Maqsood Ahmed Khan, the online registration for Haj pilgrimage 2019 will be available from October 10, 2018 on the website. The applications with other documents will be received by Rajasthan Haj Committees from October 18 to November 17, 2018. The passport should be valid up to January 31, 2020.

Nearly 5,700 Haj pilgrims from Rajasthan went on the pilgrimage in 2018. Every effort was made by the Haj Committee for comfort and convenience to the pilgrims.

Haj pilgrims are advised to go through the guidelines before filling up the applications. They should select a convenient embarkation point, category of residence and Qurbani. Options once selected cannot be changed.

The Hajj is an annual Islamic pilgrimage to Mecca of Saudi Arabia, the holiest city for Muslims, and a mandatory religious duty for Muslims that must be carried out at least once in their lifetime by all adult Muslims who are physically and financially capable of undertaking the journey.