Nurse among 3 tested positive for COVID – 19 in Udaipur 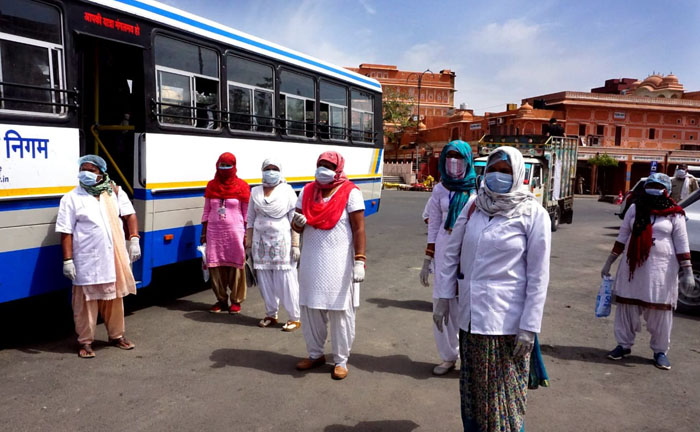 Health workers in the Walled City area of Jaipur

Jaipur: A nurse working at a government hospital is believed to be among three people who tested positive for Coronavirus (COVID-19) in Udaipur on Friday. They are the family members of the 16-year-old teenager who earlier tested positive. The total number of positive cases have risen to 4 in the district. The administration has clamped curfew in 16 colonies of Hathipole, Ghantadhar and Ambamata areas. The curfew will continue till April 16.

According to the reports, the 16-year-old teenager, a resident of Mallatalai area who earlier tested positive, had come to Udaipur from Indore on March 21. At least 20 people including his family members came in contact with him since his arrival. The teenager had travelled in a train. The administration is trying to trace people who travelled with him in the same compartment. He studied in Indore. The family members said that he looked healthy and normal when he returned, but he developed symptoms a few days later.

The nurse who is an aunt of the teenager is posted in a government hospital in Udaipur and lives in the same house. Samples of at least 24 members of the hospital staff who worked with her have been collected for testing.