Accused were trying to exchange the currency: police 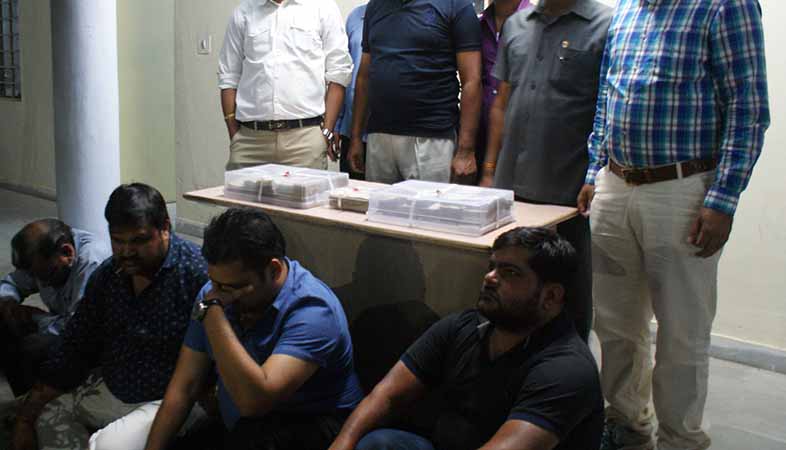 ATS arrested a non-resident Indian (NRI) and three others in possession of old currency notes.

Jaipur: The anti-terrorist squad (ATS) has arrested a non-resident Indian (NRI) and three others in possession of currency notes in the domination of Rs 1,000 and Rs 5,00 that are now out of circulation. The police seized the currency notes worth Rs 21 lakh in Vidhyadhar Nagar area on Friday and informed Income Tax department about the seizer.

ATS officials said that the agency was put on alert after receiving information that some people were involved in changing old currency notes in the domination of Rs 1000 and Rs 500 in exchange of commission. The officials launched an investigation.

Acting on a tip-off, the police arrested Sumit Kumar Agarwal, Girraj Kumar, Kamal Kumar and Sonu alias Sonal. The four were in a court in Ambabari area when a team of Vidhyadhar Nagar police and ATS rounded them up.

All the four men are residents of Jaipur, but Sonal has reportedly told the officials that he moved to Bangkok a few years ago. It has come up during preliminary investigation that Sonal had promised a commission of 50% to the three other men for exchanging old currency notes.

“We have informed the Income Tax department and other concerned agencies for further investigation in the matter,” said a police officer.