The entry ticket for domestic tourists will be Rs 15, while foreign tourists will pay Rs 200. The entry will be free for children aged up to 14 years. 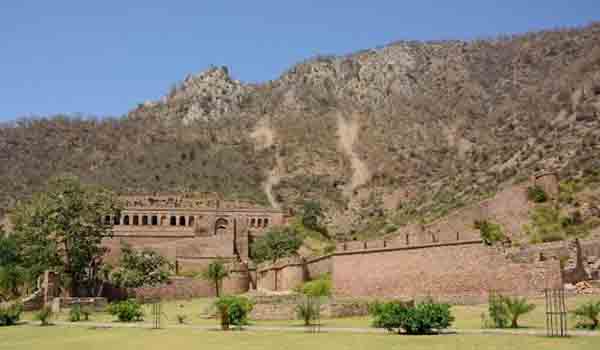 Jaipur: The tourists will soon have to pay entry fee when visiting Bhangarh Fort in Alwar and Chand Baori in Dausa. The archeological survey of India (ASI) has decided to make tourists pay entry ticket for visiting these two historic sites in the Jaipur circle and use the revenue for the restoration work. The ASI is also planning to step up security at these sites by deputing guards round the clock.

The entry ticket for domestic tourists will be Rs 15, while foreign tourists will pay Rs 200. The entry will be free for children aged up to 14 years.

“These sites are increasingly getting popular among tourists. Keeping this in view, we want to restore the sites. Many foreign tourists also complaint about the lack of security at Bhangarh and Chand Baori, so we will depute security guards using the revenue collected from selling entry tickets,” said an ASI officer in Jaipur.

The officer said that a proposal to this effect has been set to the central government. Many facilities including rest rooms, clock rom, drinking water, electricity, bench and signage boards will also be introduced. Free drinking water will also be provided to the tourists.

It was yet unclear whether the department will depute private security guards or Rajasthan police constables.

“Initially, there will be at least 15 security guards for Bhangarh and 10 for Chand Baori,” said the officer.

The Chand Baori – one of the largest stepwells in the world – is situated in Abhaneri village in Dausa district. It is believed that the stepwell was built by King Chanda in the 9th century. It has nearly 3,500 narrow steps arranged in perfect symmetry, which descend 20m to the bottom of the well.

The Bhangarh – a 17th-century fort – was built by Bhagwant Das for his younger son Madho Singh.