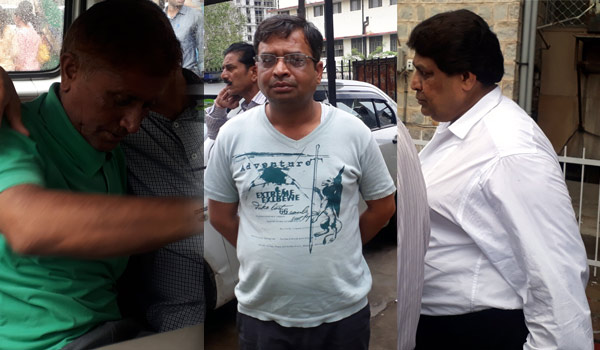 Jaipur: One of the main accused in National Mental Health Program (NMHP) scam - Dr Ramavtar Jaiswal - surrendered before ACB in Jaipur on Tuesday. He was immediately taken into custody by ACB officials. Rajasthan anti-corruption bureau (ACB) had recently arrested former director of medial and health BR Meena, statistical officer Rajendra Sharma, AAO Buddhiprakash, proprietor of Dixit Computers Sumit Dixit and another individual Neeraj Jaisawal in connection the alleged scam in the recruitment of contract workers under the NMHP. Dr Ramavtar Jaiswal was also wanted in the case. His anticipatory bail application had been rejected by a court in November last year. He had been on the run since then. Under the NMHP, the union government had launched a district mental health program in several districts of Rajasthan including Baran, Chittorgarh, Churu, Jaipur, Hanumangarh and Jhalwar in 2014-15. Dr Ramavtar Jaiswal was appointed as nodal officer in the scheme. Employees were to be recruited for a total of seven posts including physiatrist, clinical phycologists, social workers and nurses on a contractual basis under this program. The accused officials were in the selection committee. It was alleged that an agency provided fake certificates for the selection of contract employees and recruited certain employees even when they didn’t meet the selection criteria. Some of the employees recruited were allegedly relatives of Dr Ramavtar Jaiswal. The ACB had earlier produced the five accused men in a court that sent four of them to judicial custody. Suneet was remanded in police custody till July 21.
Follow @ThePinkcityPost
Click on the following link(s) to find the latest & related stories on: ACB Rajasthan