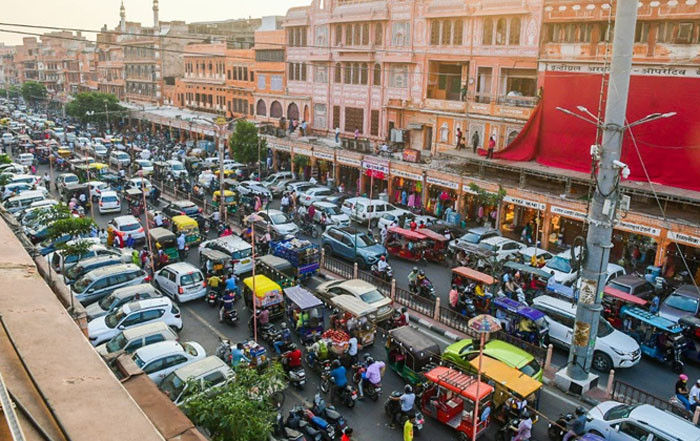 Jaipur: The drivers over-speeding on the city roads will no longer go scot-free as the Jaipur traffic department is getting bikes equipped with night vison cameras. These cameras will catch overspeeding vehicles and if the vehicle managed to flee from the spot without being intercepted, the traffic challan will be delivered to the vehicle owner’s registered address. It is for the first time that the city traffic department is getting vehicles equipped with a night vision camera.

DCP traffic Shweta Dhankad said that the camera will be able to measure speed and catch the registration number of a vehicle even the speed is 350 km per hour. The camera will record the overspeeding offense and send it to the concerned officer on his or her mobile number. The camera can catch vehicles up to a distance of 1200 metres.

The traffic police has sent a bike to a Delhi-based agency for installing the night vision camera. They will also be installed on interceptor vehicles.

“The drivers used to go scot-free for overspeeding after dark. Now, they will be caught on camera,” said SP. She said that this would go a long way in curbing road accidents at night.

Over 150 vehicles are being penalized for overspeeding in the city on a daily basis on average.