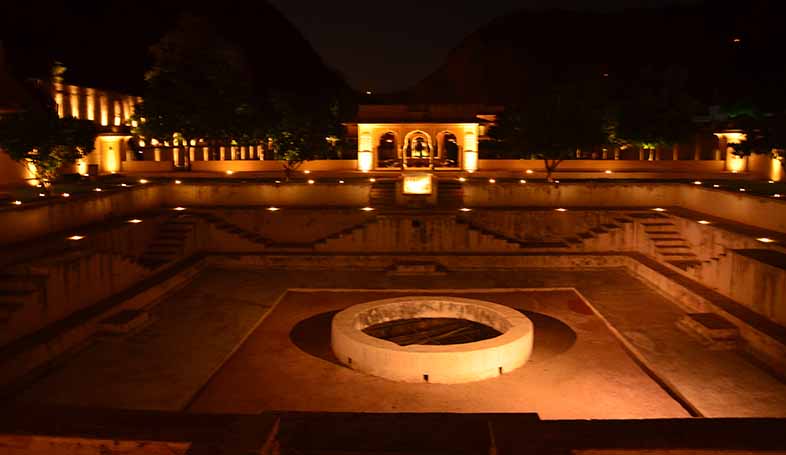 After Vidyadhar Garden, night tourism at Hawa Mahal and Chaura Rasta to begin by October.

Jaipur: If you are planning to visit Jaipur, the growing list of night attractions in this heritage city should be part of your travel itinerary. Days after the tourism department started night tourism at Vidyadhar Ka Bagh (Vidyadhar Garden), the state government on Wednesday announced that the city’s other attractions including Chaura Rasta and Hawa Mahal will become major tourism destinations for people who enjoy hanging out after dark. Night tourism will begin at these two places by October. Chief minister Vasundhara Raje held a meeting of tourist department officials to review the ‘night tourism’ project in the city. The pink buildings in the Walled City will be decked up with beautiful lights, highlight the beauty of heritage structures more prominently. She told officials to ensure that tourists should be able to enjoy the Walled City even after the markets shut down. Raje also instructed the officials to make it easier for pedestrians to enjoy a hassle-free walk on Chaura Rasta. After Chaura Rasta and Hawa Mahal, the tourist department plants to launch night tourism at other city markets including Chooti Chaupar, Tripolia Bazaar, and Johari Bazaar. Tourism department officials informed the chief minister during the meeting that the Rajasthan has witnessed an increase 17% in the footfall of foreign tourists. State Institute of Hotel Management (HIHM) will be set up in Jhalawar, Dholpur and Sawaimadhopur by June, 2018. HIHM, Udaipur will be upgraded and a food craft institute will be opened in Baran. Note: Want to share this story with someone? Just click on the WhatsApp or Facebook icon below:
Follow @ThePinkcityPost