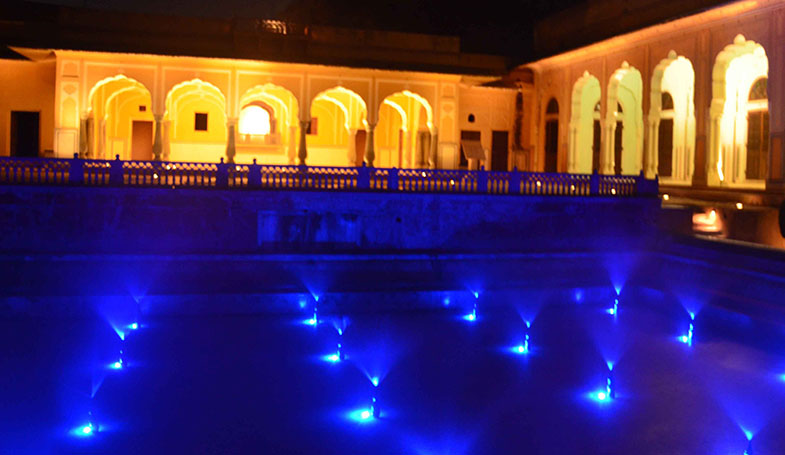 The tourists turned up in huge numbers when the night tourism began on Monday; however, they complained of high entry ticket rate.

The ticket price has been fixed at Rs 100 for domestic as well as foreign tourists.

“It’s too much, particularly for locals who would want to visit the garden with their family members. They should make it cheaper for at least domestic tourists,” said Shantanu Kumar who had come with his wife and children to visit the park.

Tourism department officials said that the rates may be changed in the near future.

“We are keeping a tab on the feedback from people visiting the garden. We will take a decision regarding entry fee accordingly,” said the officer.

Vidhyadhar Ka Bagh is a major attraction because it is also a panther sighting point.

Movement of panthers has been reported on the hills adjoining the garden.

The archeological department and tourist department are also planning to throw open Sisodia Rani Ka Bagh for tourists from July 1.

The work on lighting and fountains is currently going on at Sisodia Rani Ka Bagh.